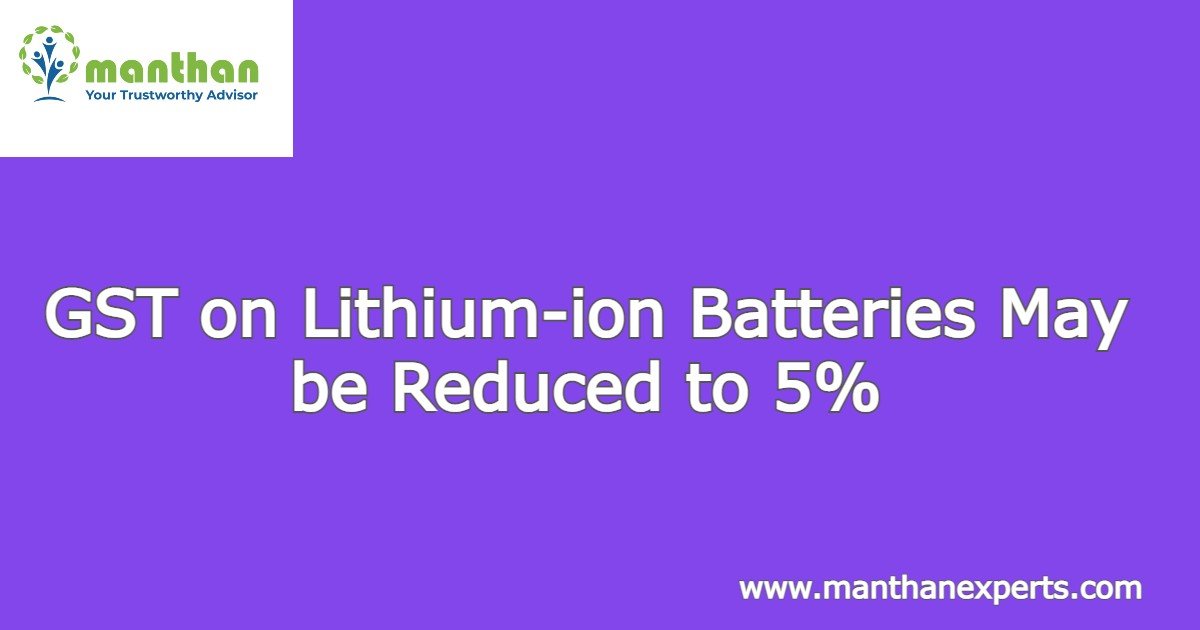 The Government is planning to cut the Goods and Services tax (GST) on lithium-ion batteries and bring them on par with taxes on electric vehicles (EVs).

As per livemint report, discussions have already begun on how to proceed with the plan, which is a crucial step in making India a global manufacturing hub for EVs. The first meeting on the battery-swapping policy was held on 7th June. NITI Aayog, the ministries of new and renewable energy, heavy industries, and other government departments talked about tax rationalisation, standardisation of batteries to ensure interoperability in the meeting.

In December, 2021, NITI Aayog chief executive Amitabh Kant had said the government is working on reducing GST on EV batteries. However, any decision on changing GST would have to be taken by the GST Council. The government is expected to develop the final policy in around three months.