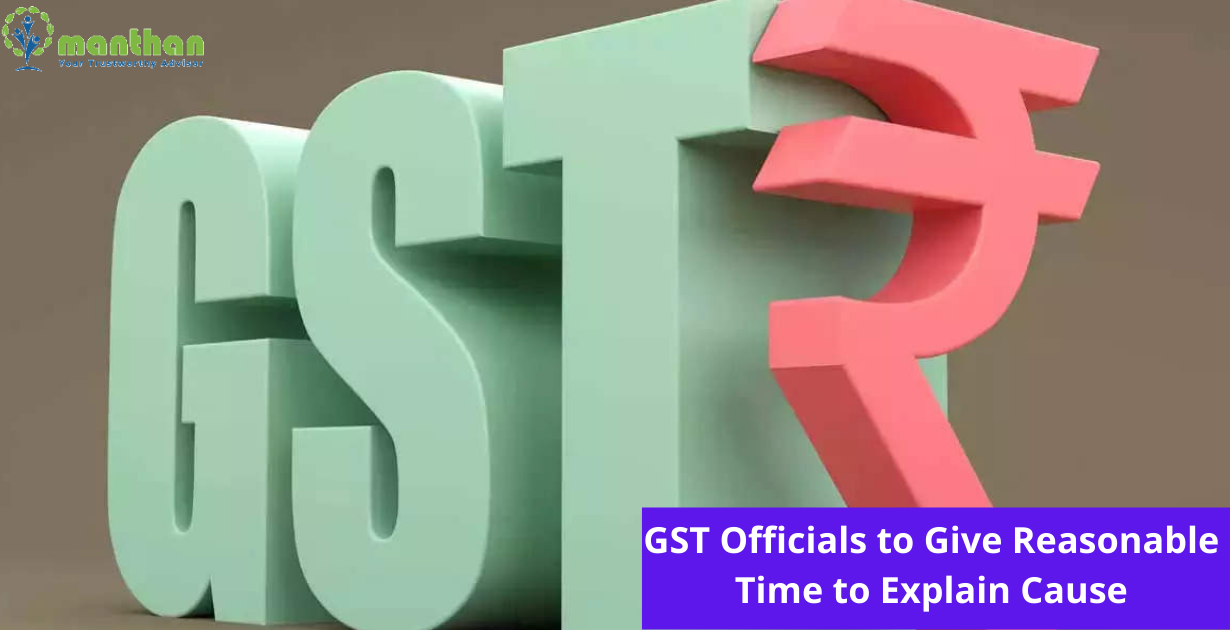 The Central Board of Indirect taxes and Customs (CBIC) has issued a guideline on recovery process regarding mismatch in turnover reported in sales return GSTR-1 and tax payment form GSTR-3B.

Tax officers will give reasonable time to erring business to explain reasons for mismatch before initiating recovery action for short payment or non-payment of taxes.

As per the changes in the GST law effective 1st January 2021, GST officers were allowed to directly collect GST without notice, in case the tax liability shown in the requisite form is less than the invoices, mentioned in the outward supply form. While, earlier, a show-cause notices were first issued and then a recovery process was initiated in such cases of mismatch.

In this regard, CBIC on 7th January, 2021 has issued guidelines, saying that an opportunity needs to be provided to the concerned businesses for such mismatch, keeping in view that in some cases there may be a genuine reason for the difference between the details of outward supplies declared in GSTR-1 and those declared in GSTR-3B.