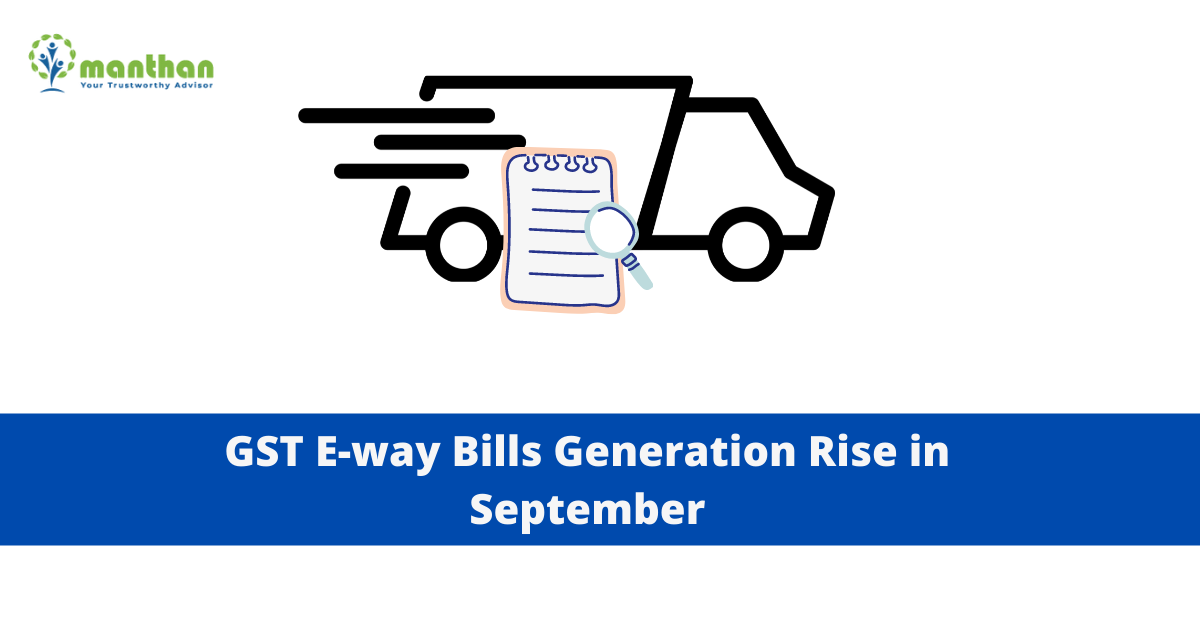 Daily e way bill generation for goods transportation under the GST system is indicating continued momentum in economic recovery. It is recorded at 20.97 lakh in the first five days of September, 2021. It is 7.5 percent higher than the daily average for the first eight days of August this year, which was 19.5 lakh. However, it is marginally 1.4 percent lower than the daily average of 21.26 lakh for the full month of august.

After easing of lockdown, e-way bill generation rose to 6.59 crore in August from 6.42 crore in July and 5.5 crore in June. Between 1st September to 5th September around 1.05 crore e way bills were generated. As per the current weekly trends, it is expected that daily average will go up further for September when data for the full month is recorded.

Further, the gross GST collections have been recorded at Rs 1.12 lakh crore in August (largely July transactions), up 30 percent on year but down 3.8 percent on month, indicating an ongoing economic recovery but it suggests that activities aren’t picking up evenly across sectors.