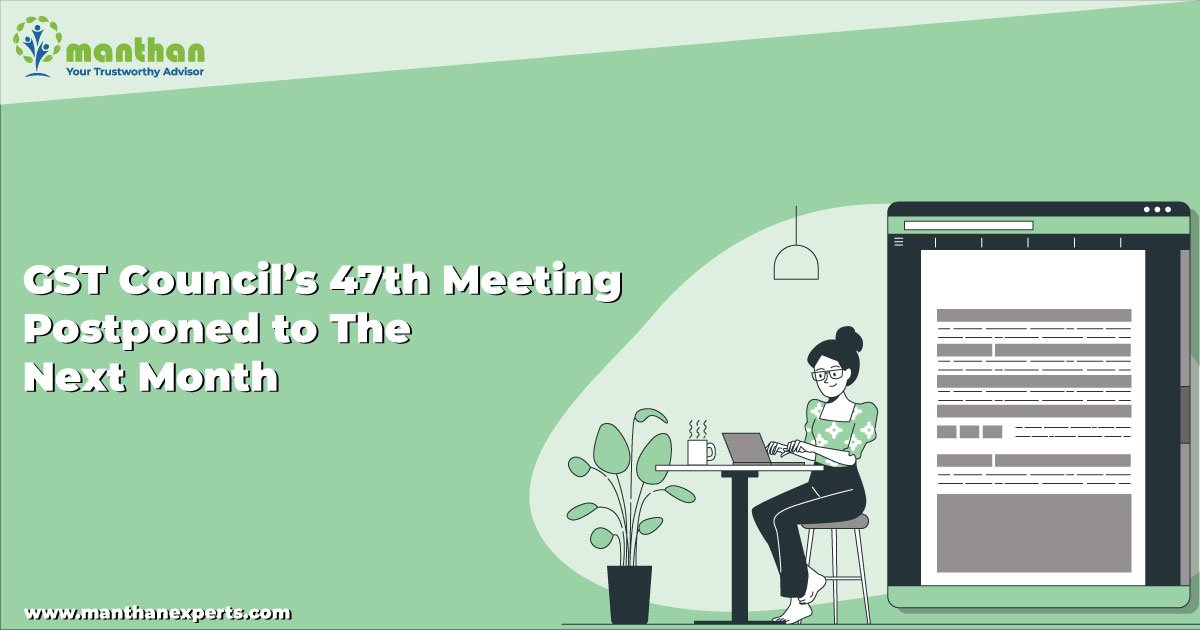 The Next GST Council’s 47th meeting has been postponed to the next month which is to be held in Meghalaya. While, it was scheduled for this month, as per the source.

In the next GST Council meeting, compensation issue is expected to be considered as many states have demanded extension of the GST compensation beyond five years ending in June 2022.

Further, a merger of 5% and 12% slab rates may also be discussed in the next meeting. “The items falling under both the slab rates may be merged under the 8% category. Also, many items which come under the 12% category are being considered to be moved under 18%,” the official added.

However, they said the decision on the merger of slabs is unlikely in the upcoming meet as the situation is very volatile at this juncture because of inflation and other geopolitical tensions.