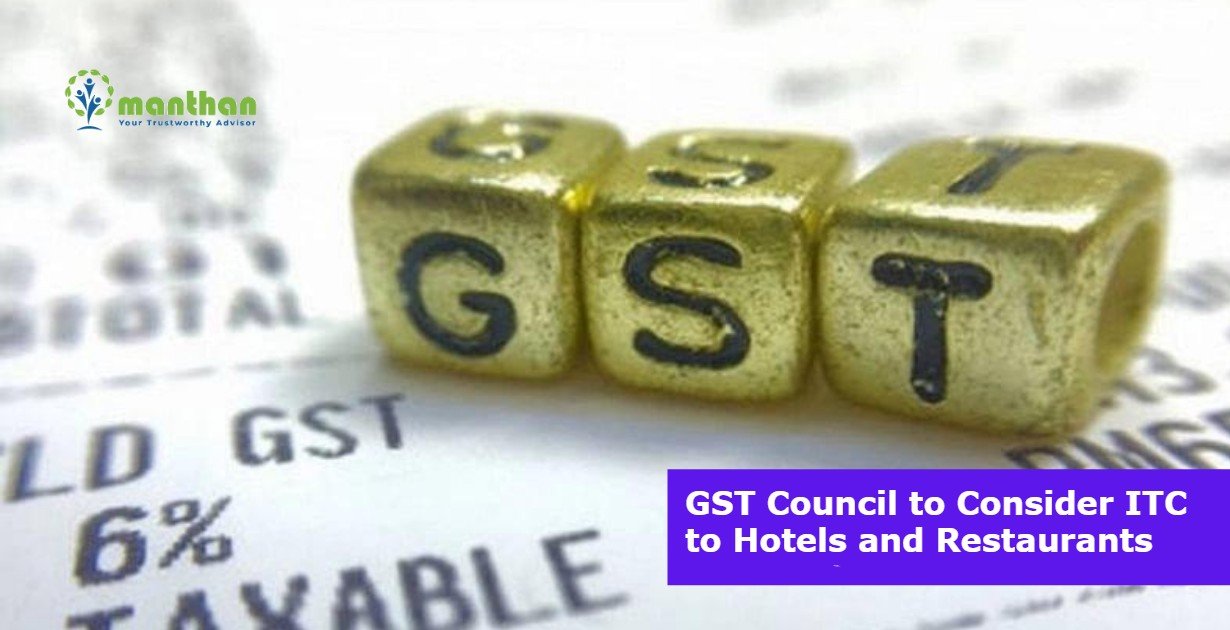 The GST Council is expected give Input Tax Credit (ITC) to hotel and restaurant industry, currently which is not available at 5% percent GST applicable to the industry.

The demand for input tax credit was longstanding from the industry and this could now be considered during the next GST council meeting. The decision could be taken in the next GST Council meeting in April. However, it is also expected that the GST levy could go up from 5 percent now to 12 percent or 18 percent.

All those hotels whose tariff is Rs 7500 or more are subjected to an 18 percent GST and can avail input tax credit.

Soon Digilocker Will Be Auto Updated as per Aadhaar Details