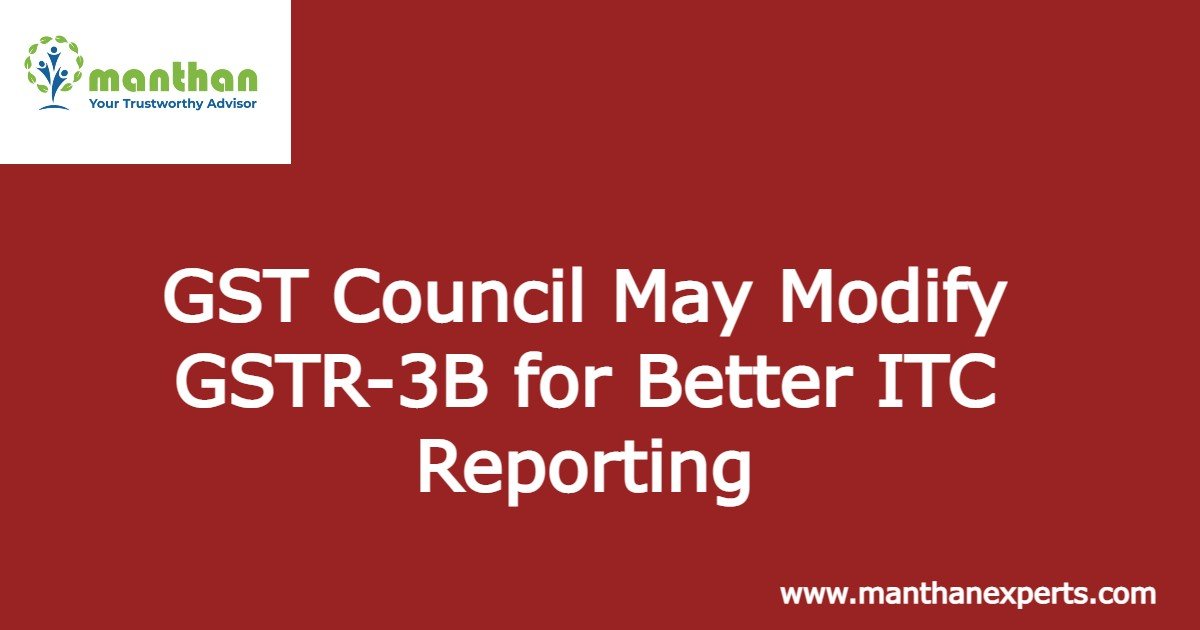 The Goods and Services Tax (GST) Council is expected to propose modifying the summary return and monthly tax payment form, GSTR-3B, according to an official.

According to officials, the updated form will clarify the gross input tax credit (ITC) due to the taxpayer, the amount claimed in a given month, and the net amount remaining in the taxpayer’s ledger.

“The law committee of the GST Council is looking at streamlining the GSTR-3B so that there is further clarity on ITC disclosure. The modified GSTR-3B is expected to be put up before the Council in its next meeting,” the official told PTI.

With the goal of detecting bogus input tax credit (ITC) claims and expediting the settlement of real ones, the said development is expected to take place at GST Council’s next meeting in June.