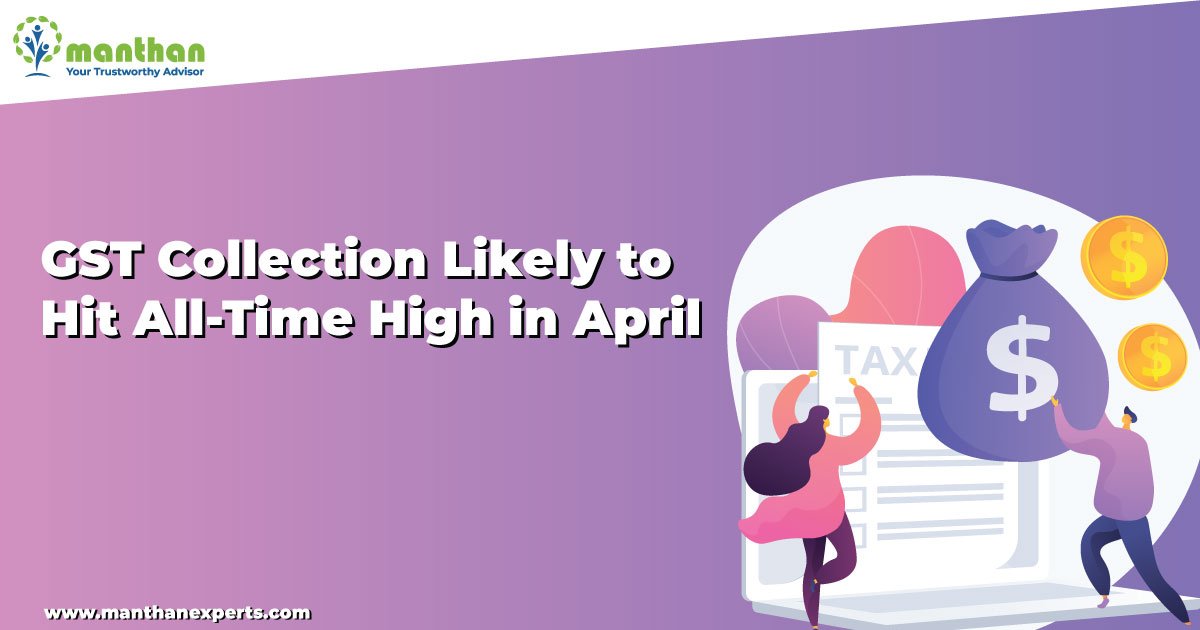 It is expected that the monthly GST collections will likely hit an all-time high of around Rs 1.5 trillion in April. As e-way bills generated for inter-state trade in goods under GST regime touching a record in March.

E-way bills have been recorded at 78.16 million for March, the highest monthly data since the online system was rolled out on 1st April, 2018.

in March, GST collections has hit an all-time high of Rs 1.42 trillion indicating robustness in consumption, efficient plugging of tax evasion and a sustained shift of business to the formal sector of the economy.