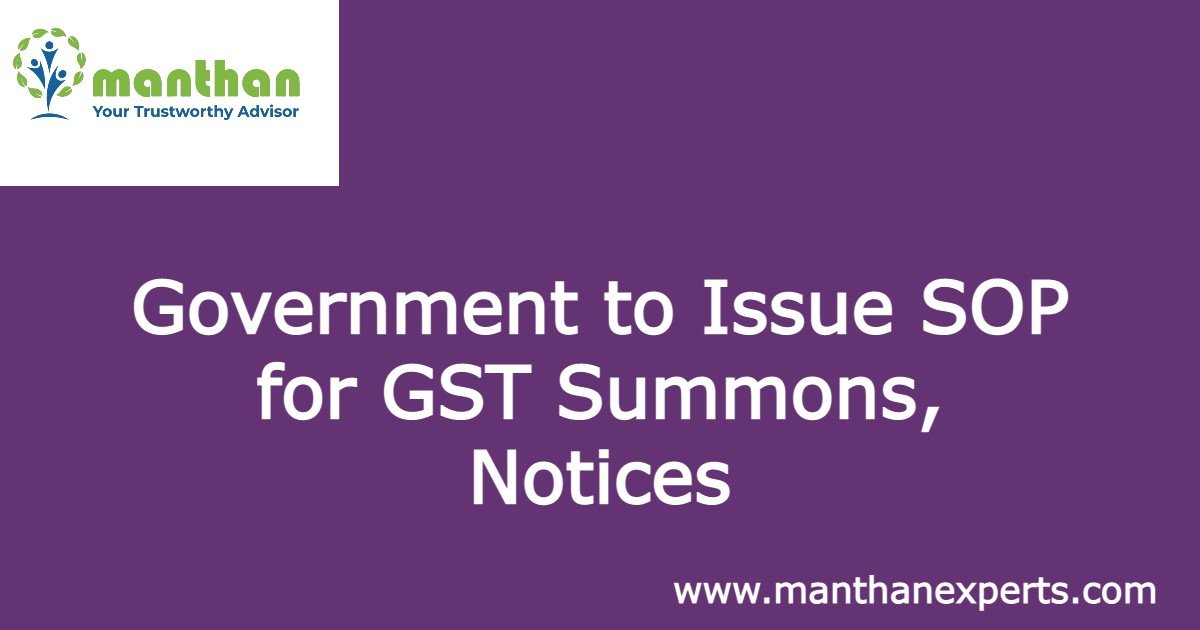 The Goods and Services Taxes (GST) department is likely to issue detailed standard operating procedure (SOP) for serving summons and notices in order to prevent harassment of businesses.

The move came after increasing complaints against the use of force and coercion by tax authorities for making “recovery” during the course of searches or inspections. As in the past few months, there has been a surge in the number of tax notices being served by GST officials, summoning CXOs, finance chiefs and even chief executives to be physically present for a hearing. Businesses also ended up getting repeated summons.

The draft is almost final, it will also allow the board to closely monitor the GST probe, including its progress and the line of investigation adopted, which will make officials more accountable and the process more transparent, officials told ET, adding that there have been detailed discussions with field formations and stakeholders, including businesses.

Further, the proposed SOP will also ensure there is no overlapping of notices between the central and state jurisdiction. Businesses had complained that sometimes they receive multiple notices on the same issue, making compliance difficult for them, apart from consuming a lot of their time. CBIC had been issuing circulars to officials from time to time in this regard.