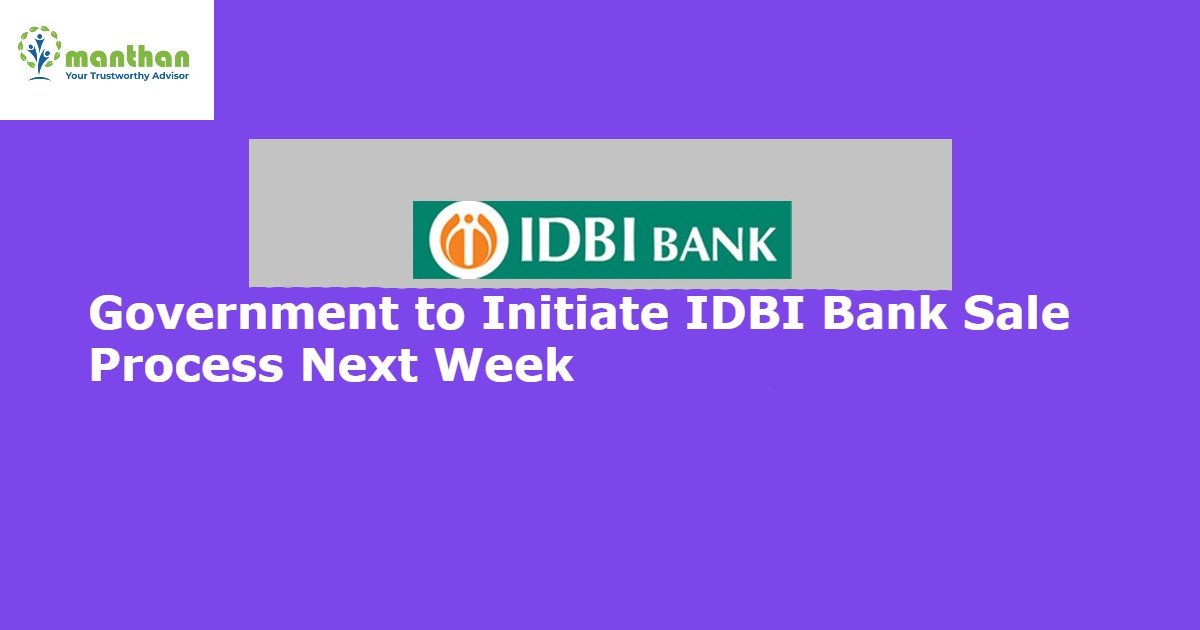 The Government is all set to initiate the privatization of IDBI bank next week by selling its entire 94.71% stake. This includes LIC’s 49.24% equity stake, which comes with management control. The central government holds another 45.48%. The non-promoter shareholding in the bank currently stands at only 5.29%.

Further, LIC has filed the DHRP on 13th February, 2022 to commit its exposure as a pre-requisite for its initial public offering as an insurer. The sale of IDBI Bank will be the first case in India of “voluntary discovery” of the buyer through an open bidding process. Generally, this route has been used to sell banks which are in trouble.

However, it is not clear yet whether corporates are allowed to co-invest with financial sponsors as part of a consortium. The central government has also urged Reserve Bank of India (RBI), regarding relaxation in norms stipulating a promoter shareholding cap of 26%. There is also a 26% voting rights cap. Additionally, the aggregate foreign shareholding in private banks is allowed up to 74% under the foreign direct investment route, and a portfolio investor can hold more than 5% only with the RBI’s approval which in some cases have been relaxed in the         past.

Regarding this, the government is approaching to multiple suitors – including large private equity buyout funds and long-only funds with its advisor KPMG to invite them to a road show next week. This will be a virtual interaction, to be attended by government officials and the bank’s management, said people aware of the matter.