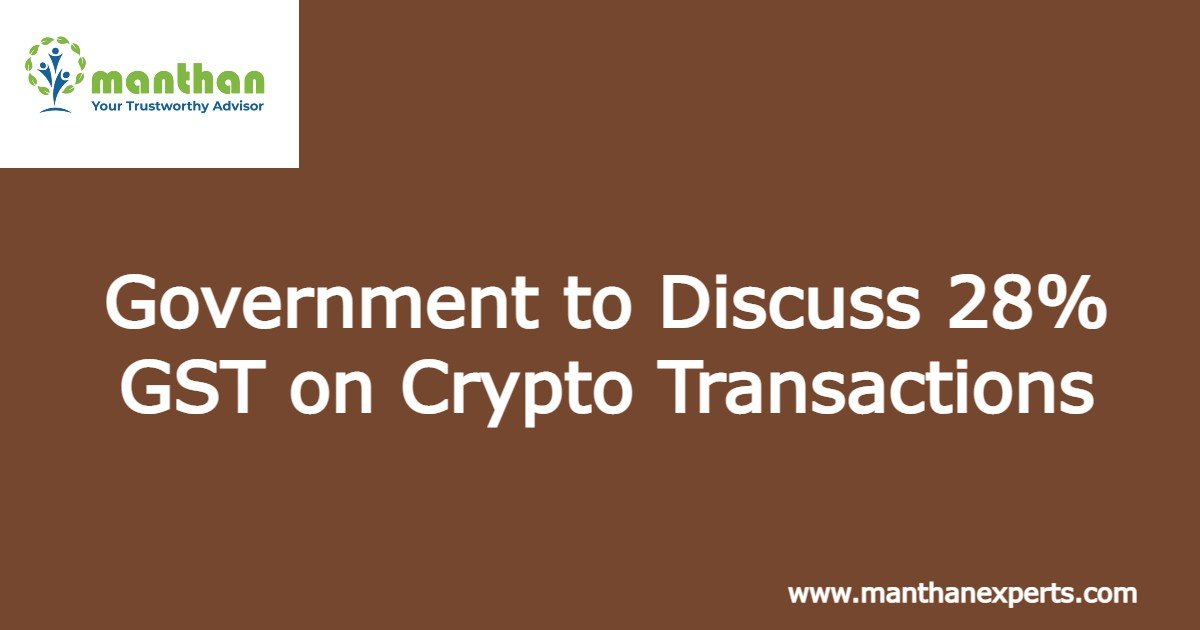 The GST Council is seeking to track dealings in virtual digital assets in a more effective manner, as per the Bloomberg report. The next GST Council meeting is to be held on 28th -29th June, 2022 in Chandigarh.

It is expected that the government will discuss GST on cryptocurrencies transactions. The panel may not finalize a rate in the upcoming meeting but discussions may be held on placing it in the highest tax slab of 28 per cent, according to a media report.