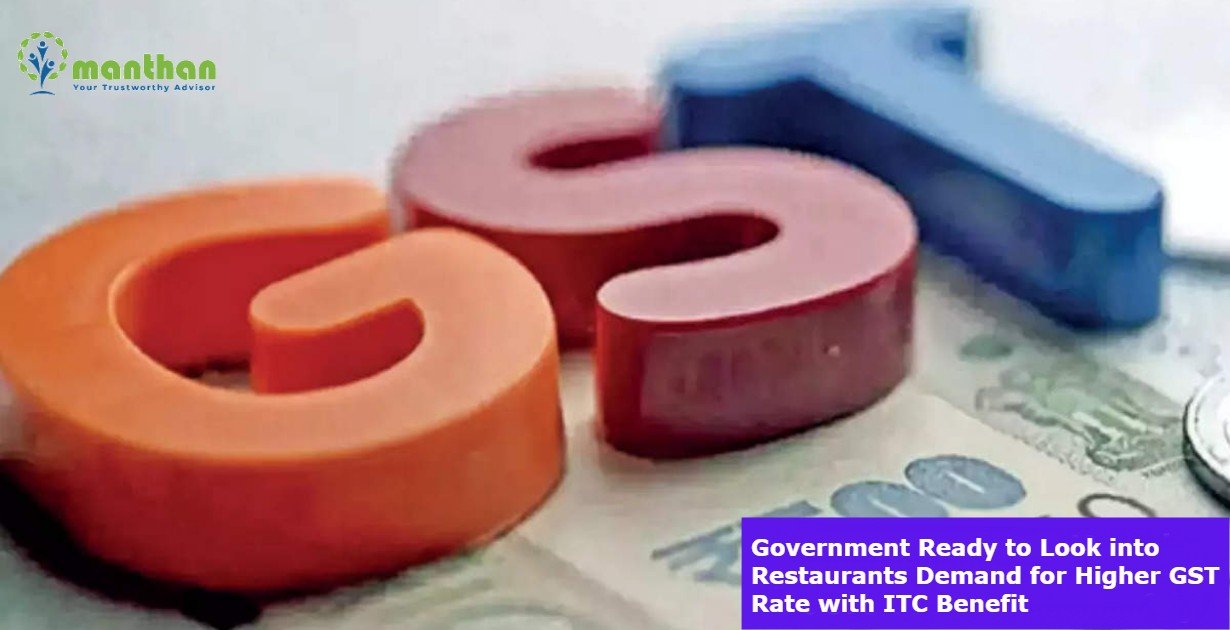 The Revenue Secretary Tarun Bajaj has informed that government is looking into the restaurant industry demands of going back to a higher GST rate to avail the benefit of input tax credit (ITC).

As Currently, 5 per cent tax is imposed on restaurant services without the benefit of the ITC, whether it is air-conditioned or non-AC restaurant. In this regard restaurant sector had also urged the government to restore ITC in Budget 2022.

“I also got this suggestion from the restaurant industry that they would like to go back to a higher rate of taxation with ITC being allowed to them, rather than (be) only on five per cent tax rate. Which is very fine. We would be open to look into this,” Bajaj said at a CII event.

A final decision on the reversal in the tax rate for the restaurant industry will be taken by the GST Council, chaired by the Union finance minister and state FMs.