The Government has released the first advanced estimates (AE) of the National Income. According to National Statistical Office (NSO), it is projected that almost all sectors, apart from agriculture, to see contraction.

The economy is expected to contract by 7.7 per cent in the current financial year (2020-2021). This is in line with the Reserve Bank of India (RBI) forecast of (-) 7.5 per cent. However, it is lower than the projections made by various global agencies.

The Asian Development Bank has projected a contraction of 8 per cent, while the World Bank sees the economy shrinking 9.6 per cent. Goldman Sachs estimated a 10.3 per cent contraction while Moody’s expects a de growth of 10.6 per cent. 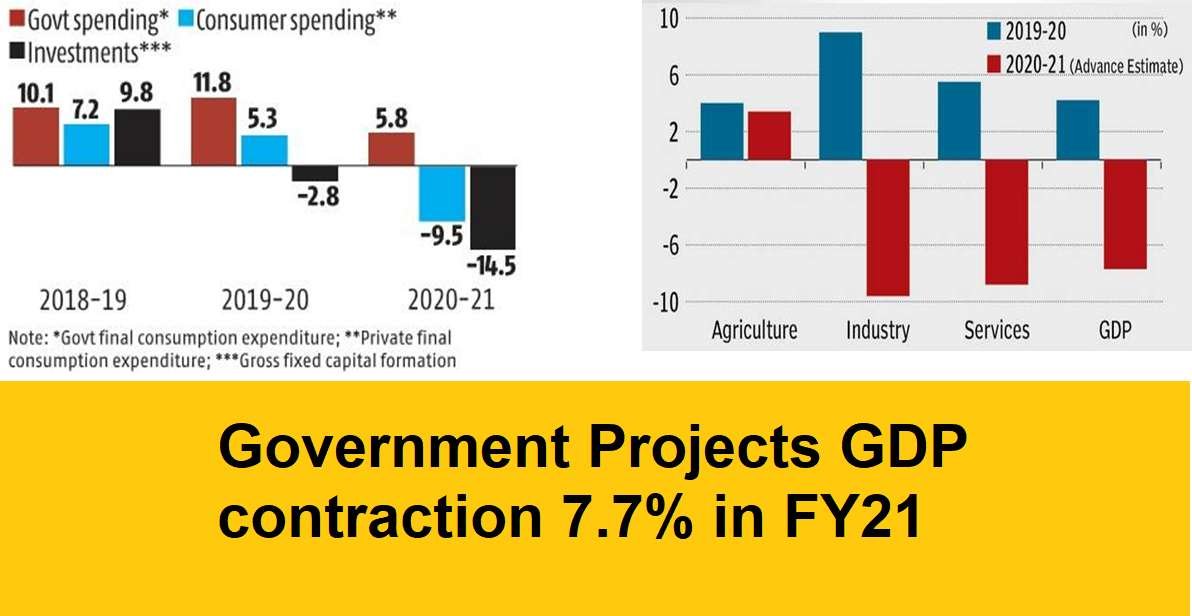