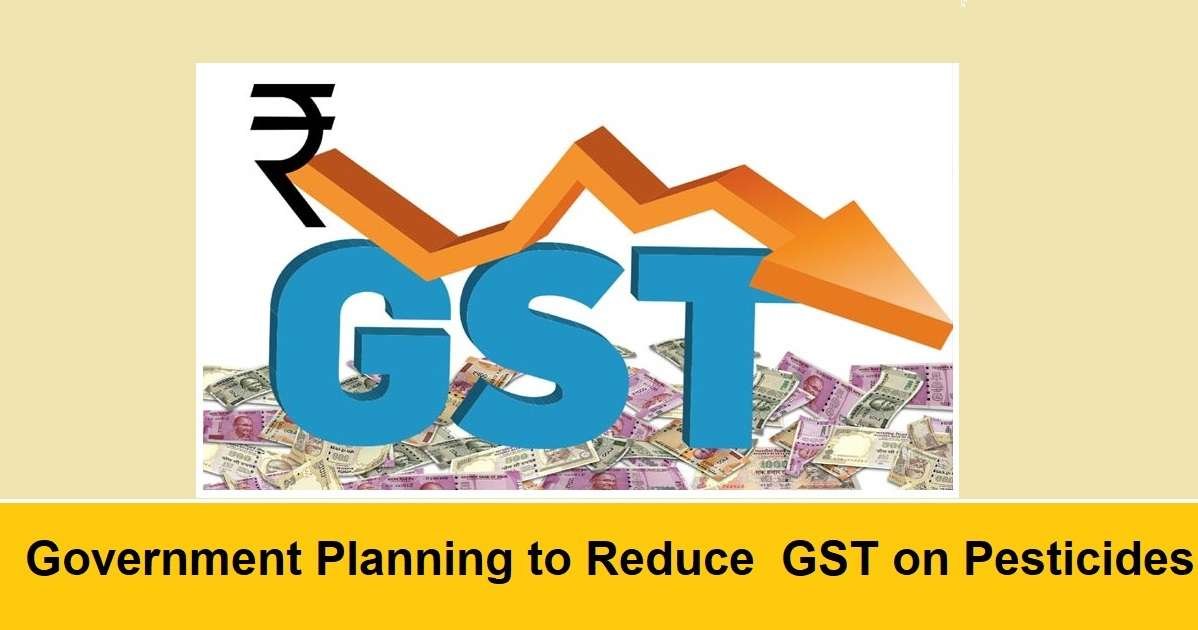 The Department of Chemical and Petrochemicals has approached the Finance Ministry for reducing GST on pesticides. The Pesticides Manufacturers and Formulators Association of India (PMFAI) urged that the council must reduce GST from 18 percent to 5 percent on the pesticides similar to other farm inputs like seeds as well as fertilizers.

In this regard, the committee has recommended to the government that GST on pesticides has increased to 18 per cent after roll out of GST. However, GST on fertilizers is only 5 per cent whereas pesticide being another agro-input consumed on a large-scale, deserves to be put under 5 per cent slab of GST.

GST on pesticides should be reduced so as to benefit the farmers and to increase the agricultural production in the country. Since it is disheartening to note that the crops worth Rs 90,000 crore are lost annually due to pests and diseases, the committee said in its report.

As per the Source, the Finance Ministry after examining the proposal to reduce duty on pesticides may put the issue before the GST Council that has the final say in matters of indirect taxes.

Source: – Govt to consider bringing down GST on pesticides to 5% from 18%