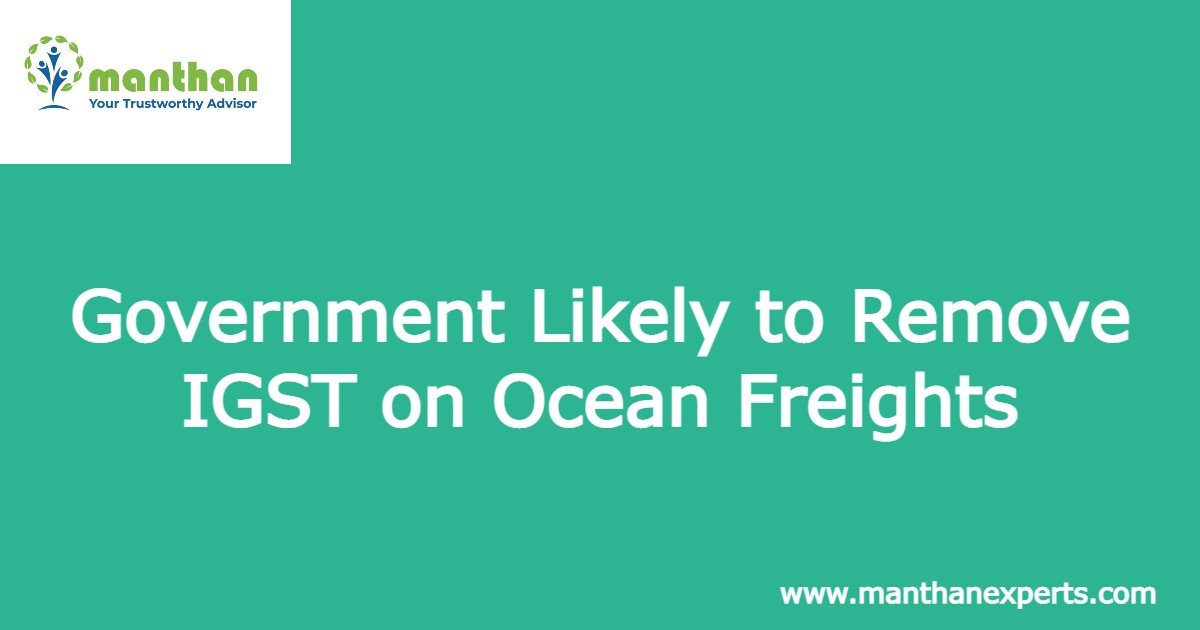 The government is considering to scrap integrated goods and service tax (IGST) on ocean freight and a proposal is likely to be taken up by the GST Council next month.

The move comes after the Supreme Court struck down the IGST on ocean freight. This is likely to bring relief to importers awaiting clarity and tax refunds post the judgment.

People familiar with the deliberations told ET that the legal review post the Mohit Mineral case verdict is over and a proposal to remove the tax would be taken to the council. “Both the law ministry and law committee of the GST Council is of the view that the IGST on ocean freight must be scrapped as per the Supreme Court verdict,” an official quoted above said.

The official added that this would be part of the GST Council’s agenda for the upcoming meeting. “The proposal is ready and it will be discussed at the next GST Council meeting as the decision to levy IGST was taken by the council,” another senior official confirmed.

No GST on UPI Services: FM