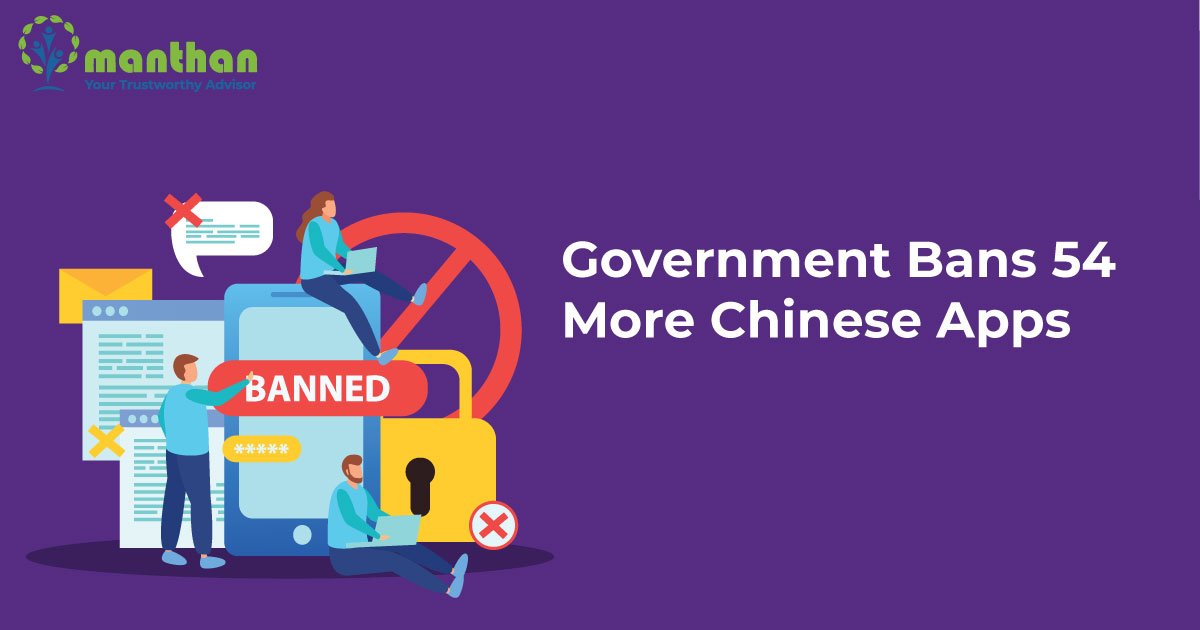 The Ministry of Electronics and Information Technology (MeitY), India, has banned 54 apps it says are of Chinese origin. MeitY will formally issue a notification banning the operations of these apps in India.

In 24th November 2020, the Centre issued an order under section 69A of the IT Act blocking access to 43 mobile apps. It said this action was taken based on the inputs regarding these apps for engaging in activities that are prejudicial to sovereignty and integrity of India, defence of India, security of the state and public order.

The apps banned by Government of India include those belonging to large China tech firms such as Tencent, Alibaba and NetEase, and are re-branded versions of apps already banned by India in 2020, the people said asking not to be identified citing rules on speaking to the media.

Taxpayers Can Update Income Tax Returns Only Once: CBDT