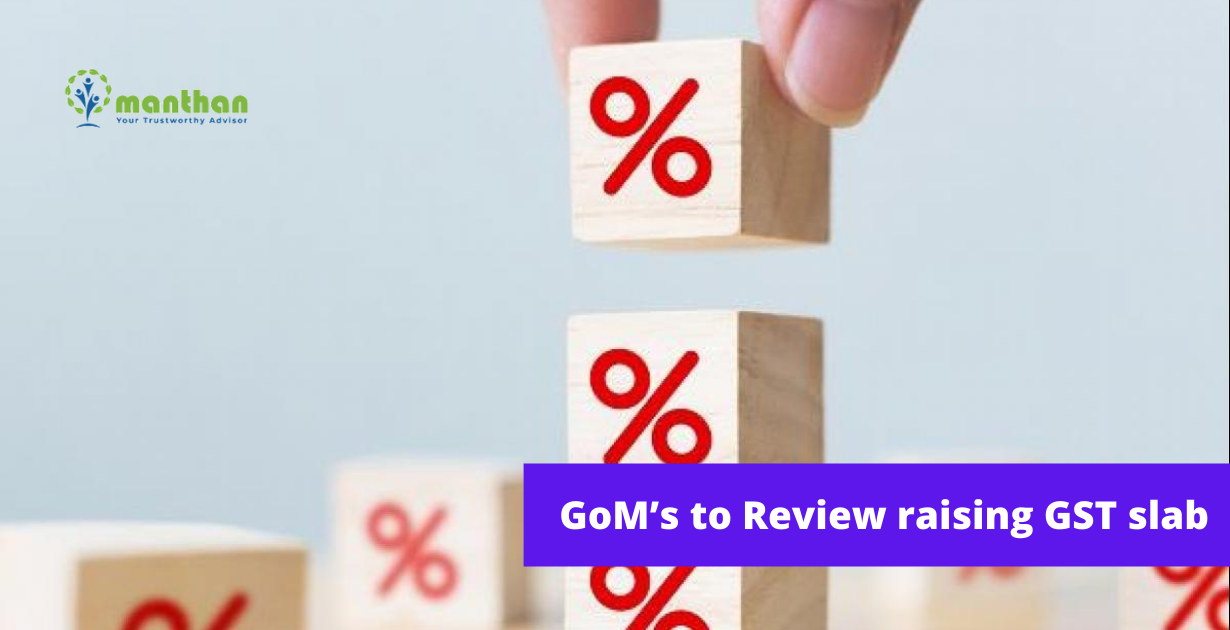 The GST Council nominated Fitment Committee has sent a detailed proposal to the Group of Ministers (GoM) constituted on rate rationalization to consider raising GST slab of 5 percent to 7 percent and 18 percent to 20 percent, a source said to CNBC-TV18
GoM will meet on 27th November 2021 to review the current rate slab structure under the Goods and Services Tax (GST) regime and to discuss various proposals for rate rationalisation and measures.
The GoM will also examine the viability of merging 12 percent and 18 percent to one single slab at 17 percent, hiking compensation tax rate to be raised from 1 percent to 1.5 percent and increasing the taxes on precious metal (gold/silver) from 3 percent to 5 percent. Another proposal of the GoM is also to correct the inverted duty structure wherever it is hurting the domestic industry, sources added.
Further, the GoM is also of a view that “items of public consumption and sensitive public perception is imp for careful considerations during rate rationalization exercise, GoM is also in favour of withdrawing exemptions and levying GST to avoid tax evasion and to continue exemptions only where it is necessary,” sources added.
Sources further said the GoM on rate rationalization after doing a careful consideration of the proposals will prepare a draft report, which will be circulated to all GoM members and only after a final approval the report will be submitted to the GST Council for formal consideration. Any decision taken by the GoM is not the final word until the council approves it.
The next GST Council meeting, going to be held in December, wherein the GoM will present its report. However, a formal date and notification are yet to come, sources said.
Source: