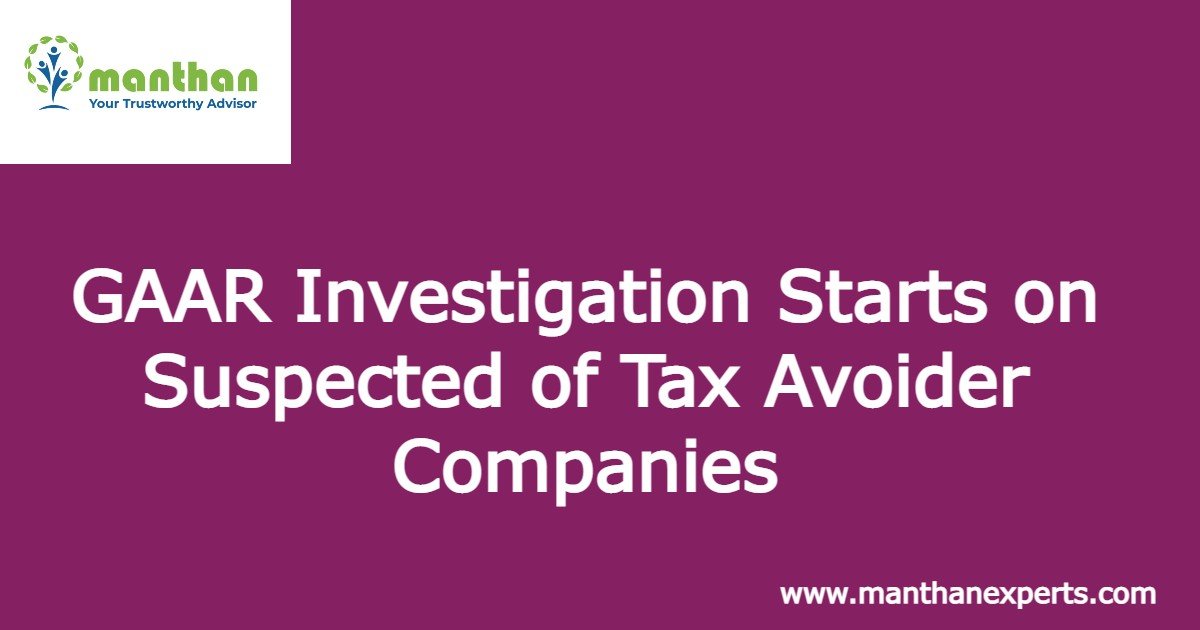 The government has started investigating as per General Anti-avoidance Rule (GAAR) into the suspected companies that they may have used creative methods to avoid taxes.

The government has now specified a procedure in which GAAR notices can be issued. It was decided that before issuing a notice, a tax officer must escalate the matter to a tax commissioner. If the commissioner is convinced, then it will be forwarded to a panel, which will have to give its approval before any action is taken.

The investigations come months after the government set up a panel to take a look at these cases in January this year. However, GAAR was first introduced in 2012, but it was considered controversial and there was a demand that the government put in proper checks and balances. The GAAR framework was put in abeyance for a while, presumably due to the pandemic, and the fresh investigations mean several M&As or corporate transactions could now be questioned if they are specifically designed as part of tax           planning.

The main objective of this panel is to ensure that it is invoked fairly and to avoid subjectivity at the level of officers to pick up cases, say experts. GAAR would go into effect if the tax department thinks that some transactions or structures in or outside of India were set up or done just to avoid paying income tax. Any decision by a company to set up an office in another country or undertake a merger or acquisition merely as part of tax planning could attract        GAAR.