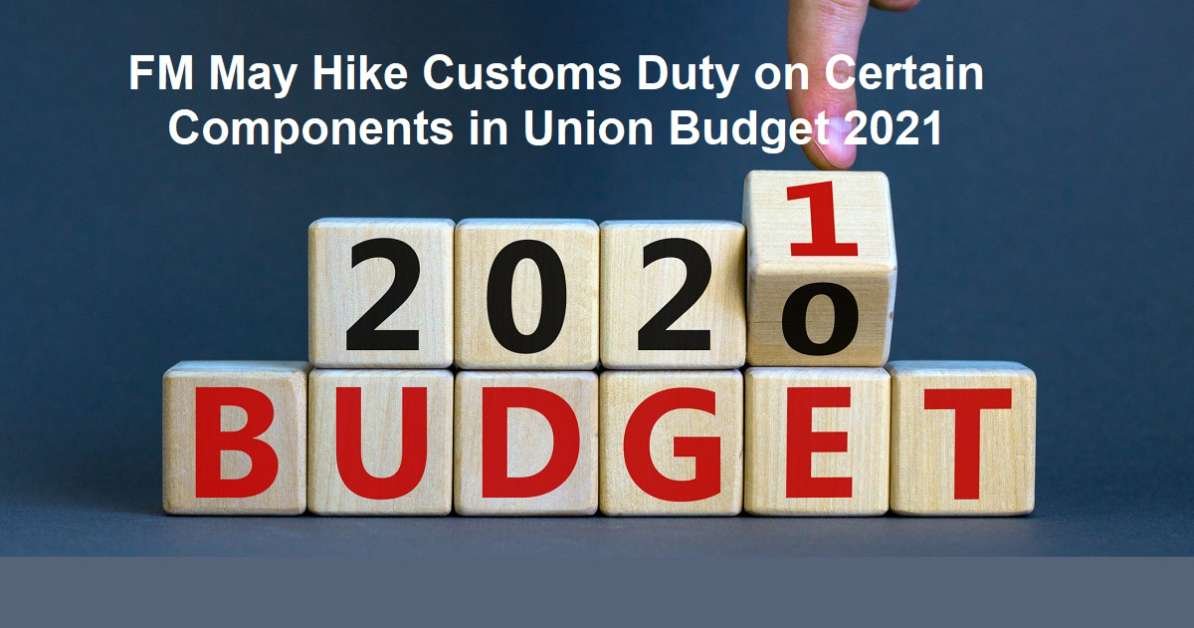 Union Finance Minister Nirmala Sitharaman will present budget on 1st February. This time, it is expected that the Central Government may increase the customs duty once again on certain components, sources told ANI on Wednesday.

As per the sources, to boost the Make in India initiative, the Centre is considering increasing customs duty on certain parts of various components. Sources added that discussion and deliberations on various proposals are still going on, but no final decision had been taken yet.

However, Last year while presenting her second Budget on 1st February, 2020, Sitharaman had announced customs duty hike on a range of items for the same reason.

She had said, Centre’s policy of Make in India has started giving dividends. India is now making world-class goods and exporting such products. “Customs duty is being reduced on certain inputs and raw materials while being revised upward on certain goods, which are being made domestically,” she had added.