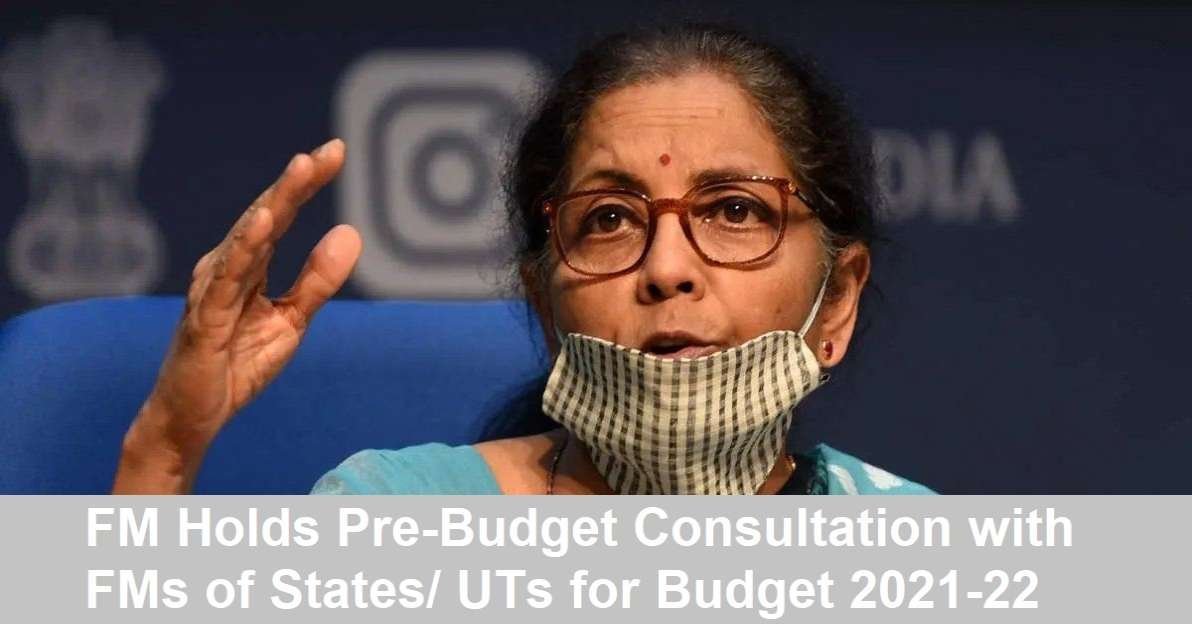 The Union Finance Minister Smt. Nirmala Sitharaman through Video Conference held the pre-budget consultation meeting with the Finance Ministers of States and Union Territories (with Legislature).

It was attended by CMs, the Deputy CMs, FMs, Ministers and Senior Officers from the States/Union Territories and the Union Government.

FM highlighted the importance of the meeting as a sign of co-operative federalism and indicated the manner in which the Union Government was strongly supportive of States/Union Territories (with Legislature) fight against the pandemic.

The participants also expressed numerous suggestions to the Union Finance Minister for inclusion in the Budget Speech.