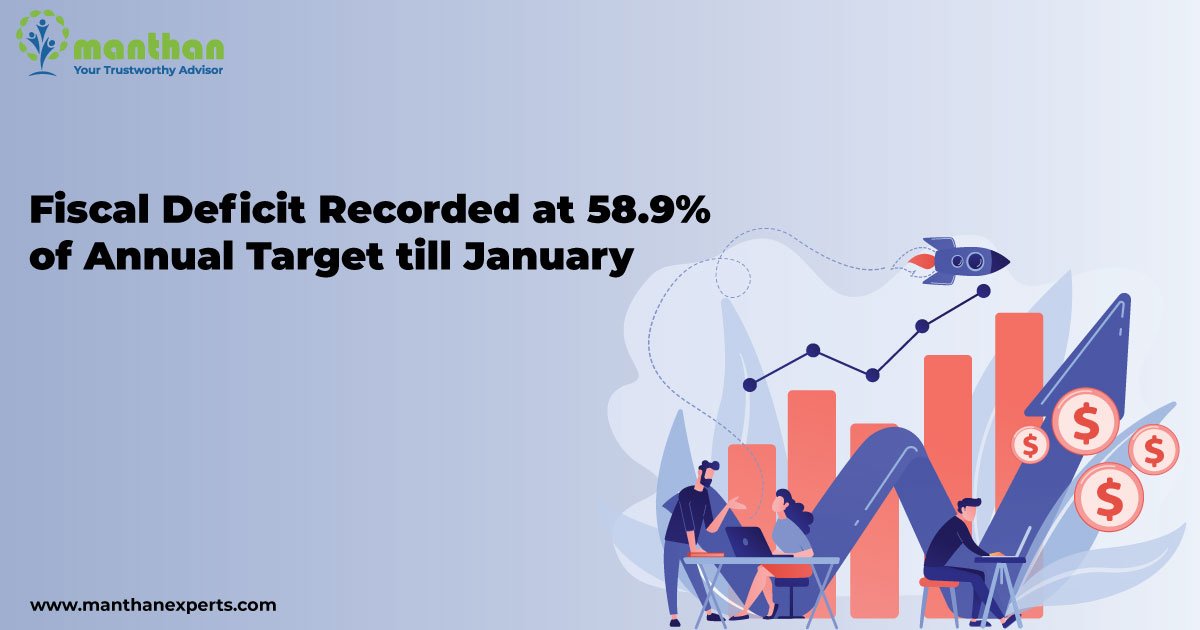 The central government’s fiscal deficit at end-January worked out at 58.9 per cent of the annual budget target for 2021-22, according to official data released on Monday.

The fiscal deficit was 66.8 per cent of Revised Estimate (RE) of 2020-21 during the corresponding period of the last fiscal.

In actual terms, the deficit was Rs 9,37,868 crore at end-January 2022 against upwardly revised annual estimate of Rs 15.91 lakh crore, according to the data released by the Controller General of Accounts (CGA).

The country’s fiscal deficit — the difference between total revenue and total expenditure of the government — is projected to be higher at 6.9 per cent this fiscal ending March 2022 as against 6.8 per cent estimated earlier.

The CGA data further said central government’s total expenditure at end-January stood at Rs 28.09 lakh crore or 74.5 per cent of this year’s RE. It was 73 per cent of RE in the corresponding period.