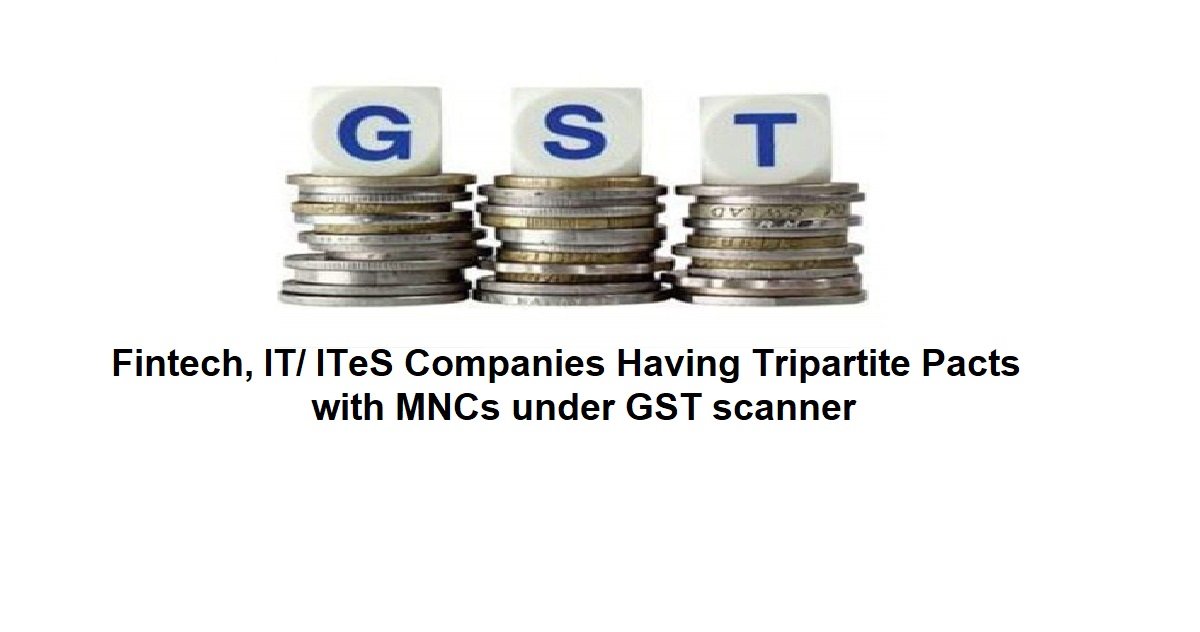 The export benefits of many companies having three-way contracts, or tripartite agreements, with multinationals companies (MNCs) have been restricted by the Indirect tax department, as informed by the people dealing with such cases.

In tax department’s view many fintech companies, captive units of multinational banks and several other entities providing IT and IT-enabled services that have such agreements don’t really export services but are merely intermediaries or agents.

As per the current regulations, exports do not attract GST and exporters can also claim refunds of the tax paid on inputs from the revenue department. This policy is aimed at making Indian goods and services more competitive in the international markets.

Three-way agreements are usually signed among the Indian entity claiming the tax credit, a multinational and the multinational’s client. According to the tax department’s rationale, if the Indian company is merely implementing what is being dictated by the foreign entity, then it is an intermediary and is not exporting any services.

However, this fresh scrutiny of fintech and IT/ITeS companies came after a split decision by a division bench of the Bombay High Court on refunds, the lack of clarity is causing a lot of problems for many companies, according to industry trackers.