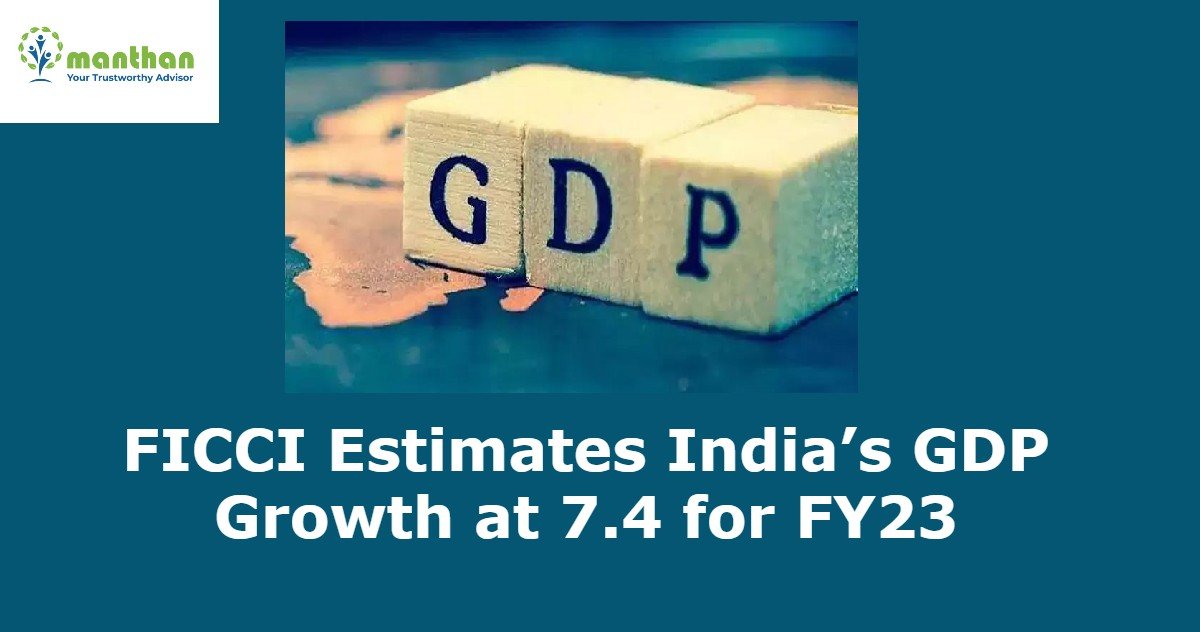 Ficci’s Economic Outlook Survey released on Sunday has estimated India’s GDP growth at 7.4 per cent in the financial year 2022-23, with a minimum and maximum growth estimate of 6 per cent and 7.8 per cent respectively.

The median growth forecast for agriculture and allied activities has been put at 3.3 per cent for 2022-23. Industry and services sectors are estimated to grow by 5.9 per cent and 8.5 per cent, respectively.

The Ficci’s Economic Outlook Survey was conducted in March this year to gauge the response from economists representing sectors like industry, banking and financial services.

As per the survey, the Reserve Bank of India (RBI) is likely to start a rate hike cycle in the second half of 2022, while a repo rate hike of 50-75 bps is expected by the end of the current fiscal. The RBI is expected to continue supporting the ongoing economic recovery by keeping the repo rate unchanged in its April policy review.

The economists who participated in the survey have also opined that the global inflation is likely to peak out in the first half of 2022 and moderate thereafter.