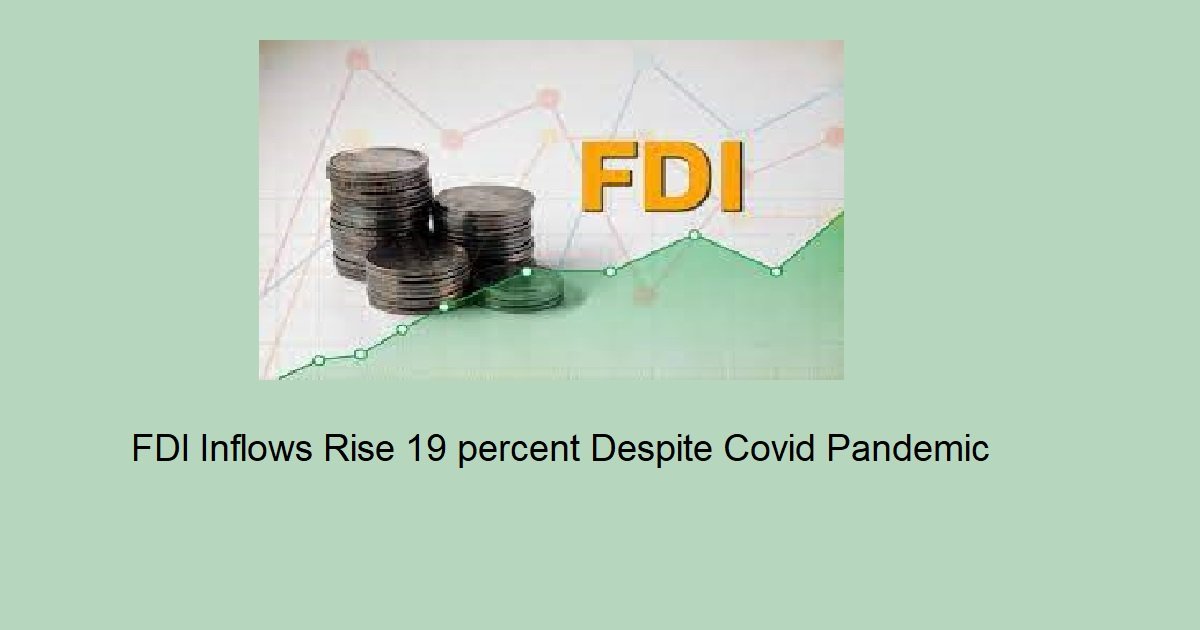 Ministry of Commerce and Industry has informed that Foreign Direct Investment (FDI) in equity in India has risen 19 percent Year-on-Year (YoY) last fiscal to a record $ 59.6 billion.

As per the data released, such inflows, which had jumped as much as 40 percent between April and December, seem to have lost some momentum in the March quarter.

However, the gross FDI inflows, which include FDI in equity, reinvested earnings, the equity capital of unincorporated bodies and other capital rose 10 percent YoY to all time high of $ 81.7 billion in F.Y. 21.

Further, the gross FDI too, had risen by a healthy 22 percent up to December last fiscal before easing in the March quarter.