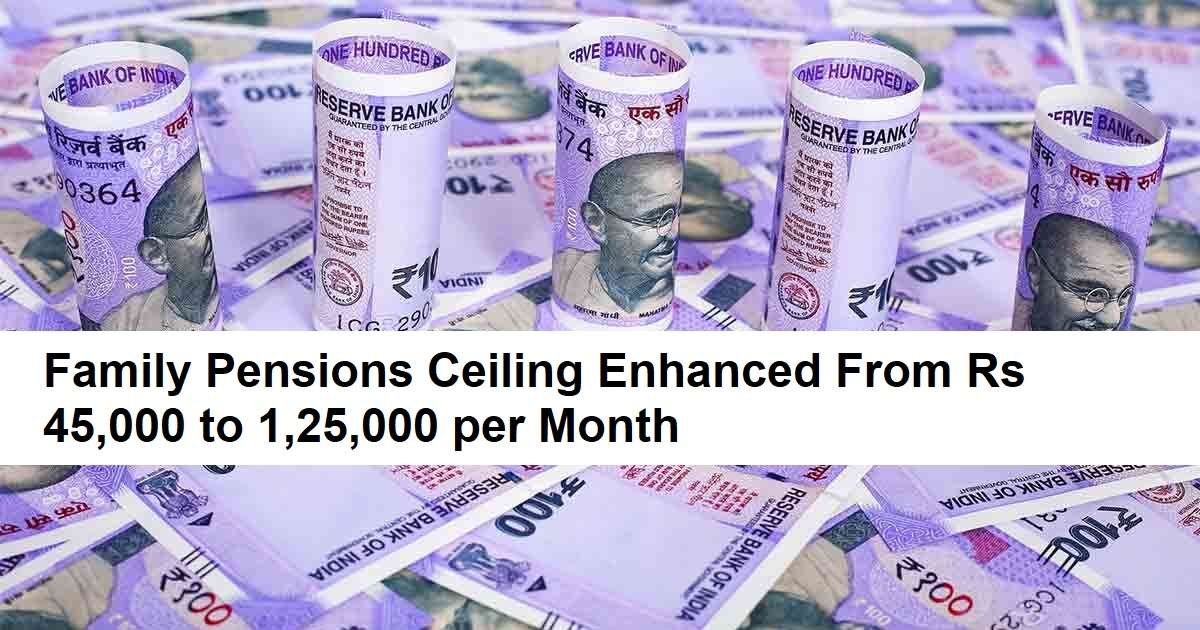 The Department of Pension & Pensioners’ Welfare (DoPPW) has issued clarification on the amount admissible in case a child is eligible to draw two family pensions after death of his /her parents.

As per the new norms the amount of both the family pensions will now be restricted to Rs 1,25,000 per month, which is more than two and half times higher than the earlier limit.

In case both wife and husband are Government servants and are governed by the provisions of prescribed rule, on their death, the surviving child is eligible for two family pensions in respect of the deceased parents.

However, earlier instructions were that the total amount of two family pensions, shall not exceed to Rs 45,000 per month and Rs 27,000 per month respectively taking into account of the highest pay of Rs 90,000 as per 6th CPC recommendations.

The move is to bring “Ease of Living” for the family members of the deceased employees and would provide adequate financial security to them.