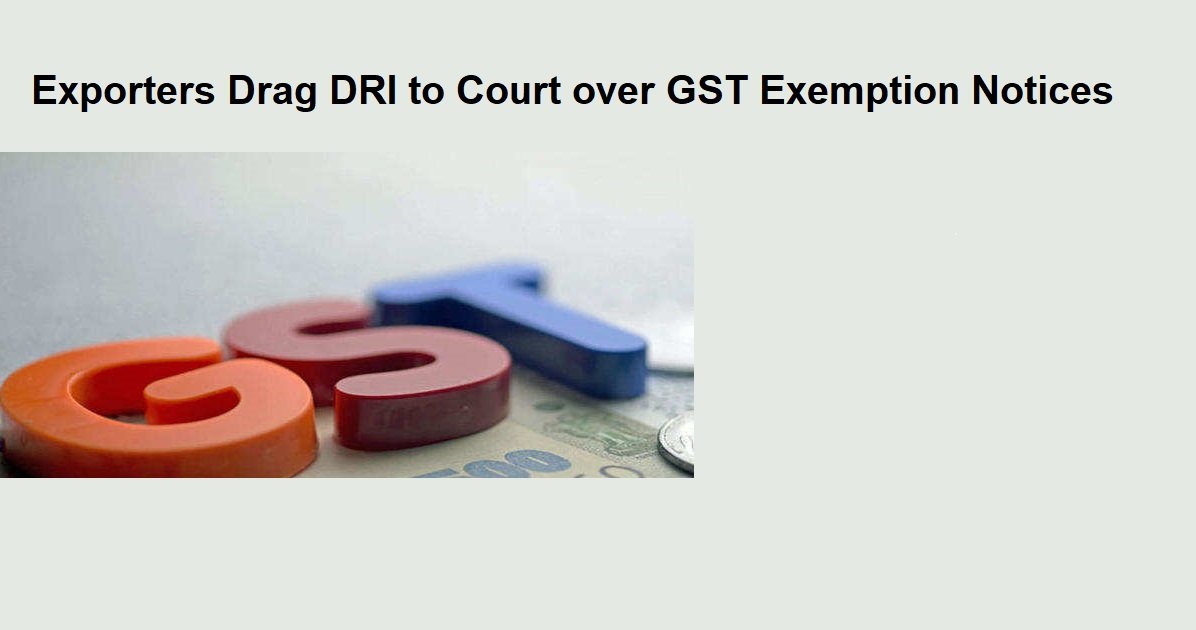 India’s main anti-smuggling intelligence agency Directorate of Revenue Intelligence (DRI) has been dragged to court by exporters. Exporters have filed Various writ petitions in Gujarat High Court, Punjab High Court, Bombay High Court and Madras High Court against wrongful availment of Goods and Services Tax (GST) exemptions. However, some of the courts have decided to hear the exporters’ plea and in some cases the notices’ have been put on hold. As per Tax Experts, this could be a temporary relief for several exporters’. Notices are issued by DRI to exporters who have wrongfully availed GST exemptions, in case where exports preceded imports.

The exporters were asked to pay IGST first as the Foreign Trade Policy (FTP) has been amended and several notifications were issued in the last few months. The rate of IGST in these cases is 18% on the average, while for some products it is 12% and 5% for very few. According to the Industrial trackers, there was no duty on imported raw materials which were used for exports, even when exports preceded imports.

The current GST framework introduced by government has laid down certain conditions for exporters to avail certain benefits. As per the Revenue Department notification, raw materials cannot be imported after export of the final product. The amendment is regarding a “pre-import condition” that every exporter needs to follow to avail duty exemptions on imports. Cases where exports preceded imports, availment of exemption does not seems legal and proper.

Abhishek A Rastogi, partner at Khaitan & Co. responded on the matter that “the objective of providing the working capital benefits to the Indian exporters gets defeated by the rule which goes beyond the statute. Applicability of interest would result in a great setback to the Indian exporters and the need for judicial intervention is must.”