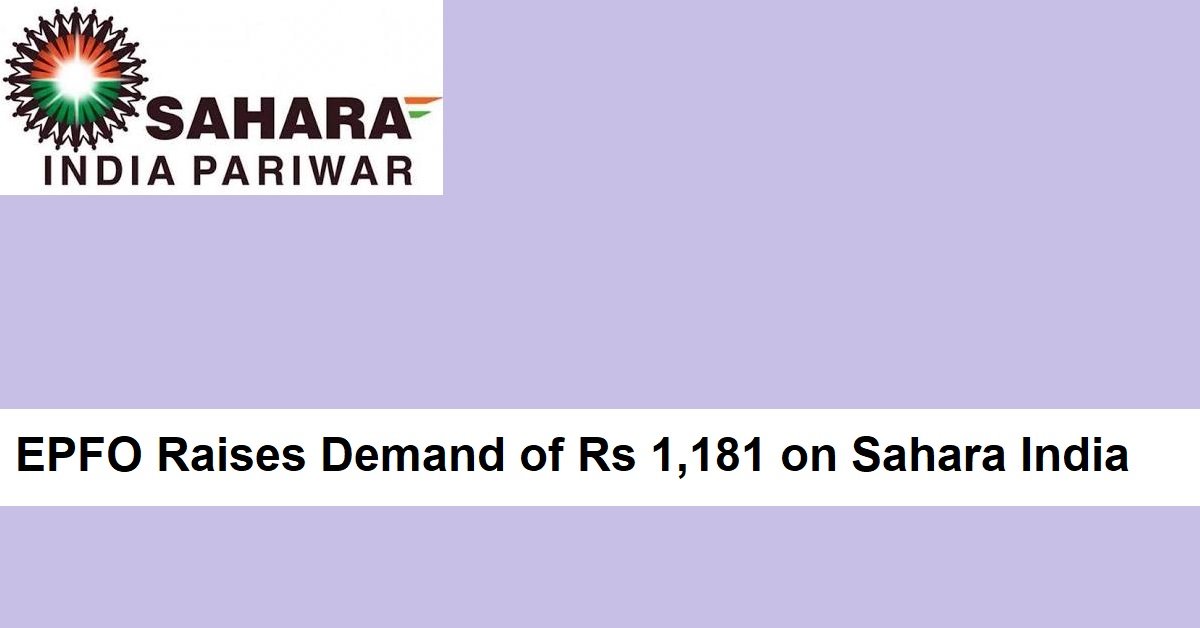 The Employees’ Provident Fund Organisation (EPFO) has raised a Rs 1,181 crore demand on Sahara India for unpaid pension and provident fund dues of employees for 2010-11 and 2011-12.

The EPFO Regional Office, Lucknow, said in its order, “The establishment is directed to deposit the outstanding amount of Rs 1,181.99 crore within fifteen days from receipt of this order failing which action may be taken in accordance with provisions under sections 8B to 8G of the Act to recover the amount without further notice

Further, the order said that “Similar is the case with Employees’ Deposit Linked Insurance Scheme, 1971(EDLI, 1976). The establishment did not comply under this scheme on premise that it had already subscribed to group insurance policy of LIC, in lieu of EDLI, 1976, However, the fact remains that no permission or approval was accorded to the establishment for such alternate policy.”

A Sahara India spokesperson said such an order is appealable before the Central Government Industrial Tribunal within 60 days of the order being passed. “The said order being in violation of the principles of natural justice and statutory provisions of the Act, can also be challenged by way of writ petition before high court. We are examining the order and will take suitable steps soon”.