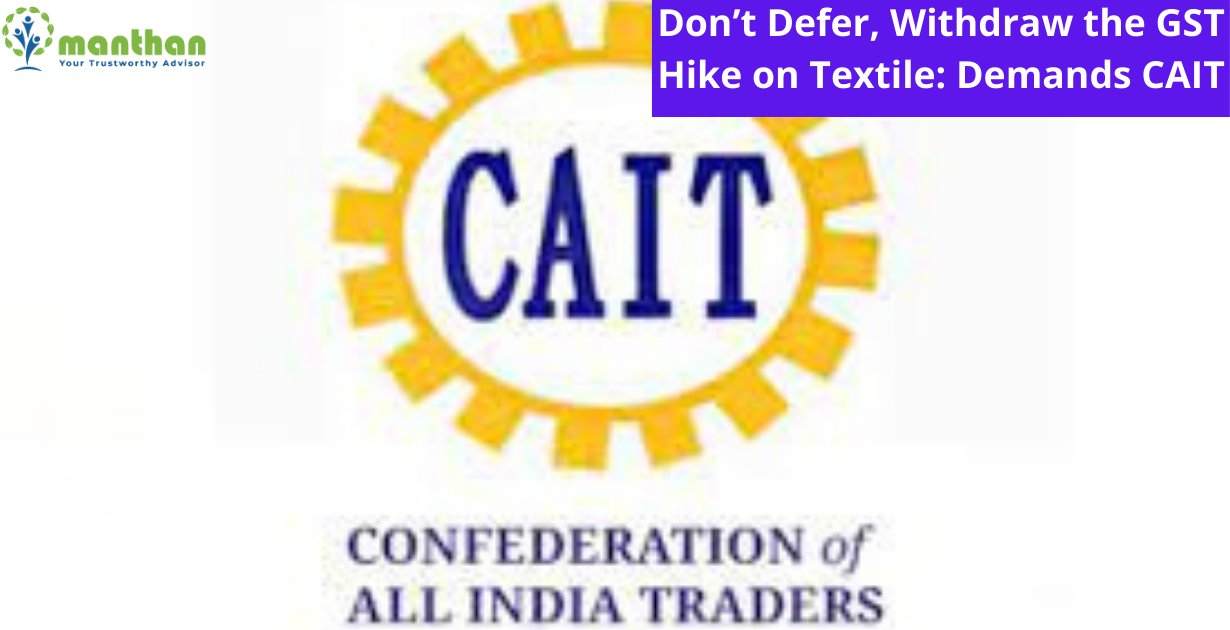 Confederation of All India Traders (CAIT) has urged Commerce Minister to withdraw proposed GST hike on textile from 5 per cent to 12 per cent rather than deferring it.

On Tuesday, at a video conference by the Ministry of Textiles, trade associations under the CAIT umbrella said that the hike would put a ‘big financial burden’ on over 85 per cent of people in India who buys clothes of less than a thousand rupees.

The government had notified uniform GST at 12 per cent on man-made fibre (MMF) and apparel to address the inverted tax structure in the MMF textile value chain in November last year.

The changed rates were to come into effect from 1st January, 2022. Against this decision, earlier traders body had called a one-day strike.

However, at the GST Council’s 46th meeting on 31st December, 2021 under the chairmanship of Finance Minister, the government had deferred the decision of GST hike on textiles from 5 per cent to 12 per cent. Sitharaman.