Based on investigations, it was ascertained that Sanjay Goel was a key player in the network of fake companies and transporters.

In this way M/s Redamancy world had passed fraudulent ITC of Rs 8,17,24,829 crore on invoices without accompanying goods to various end users.

Accordingly, Shri Sanjay Goel got arrested and produced before, Duty MM Delhi, who ordered judicial custody. Further investigations in the matter are under progress. 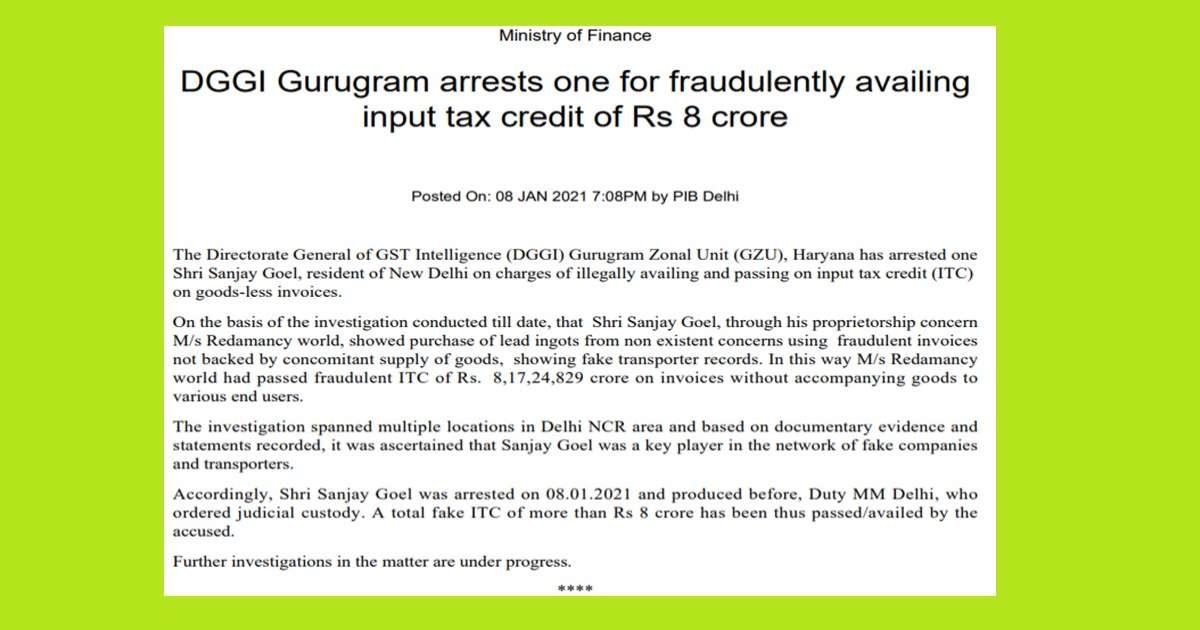