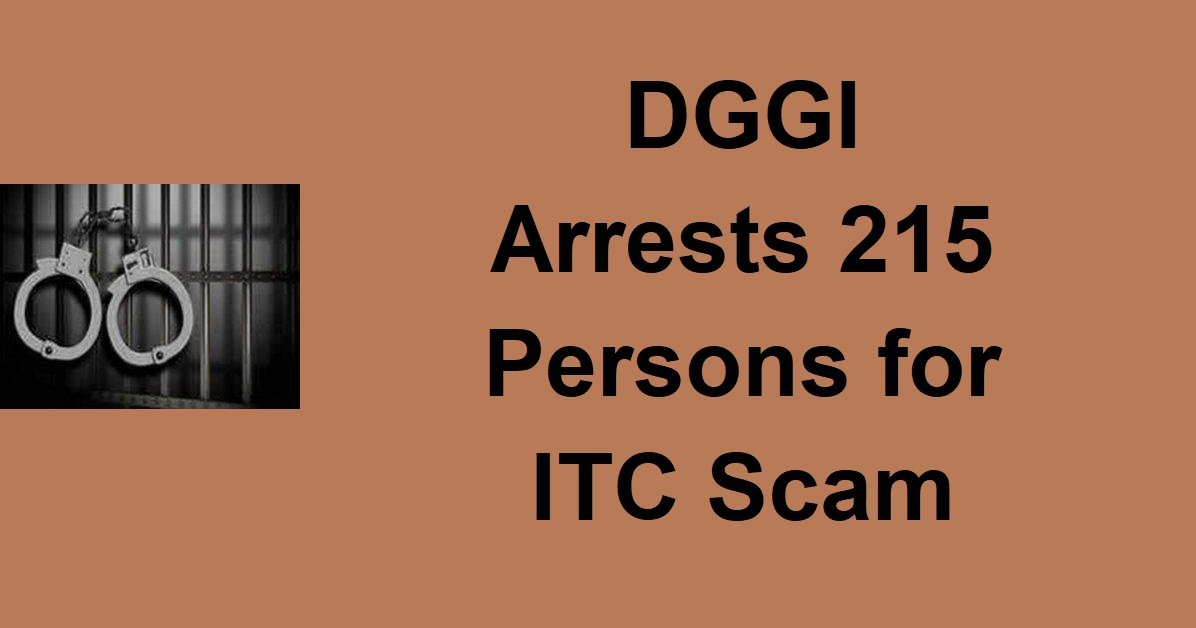 After continuous investigations for the past two months across the country against GST fake invoice the Directorate General of GST Intelligence (DGGI) and the CGST Commissionerates have so far arrested 215 persons.

The arrested persons are fake entities operators as well as fraudsters running business of fake invoices on commission basis.

As per an official person “GST intelligence authorities have found more than 6,600 fake GST registered entities involves in similar fraud. They have so far also booked about 2,200 cases and recovered more than Rs700 crore from these fraudsters and the drive against tax evasion is under progress.”

DGGI Gurugram Arrests One for ITC Scam of Rs 8 Crore