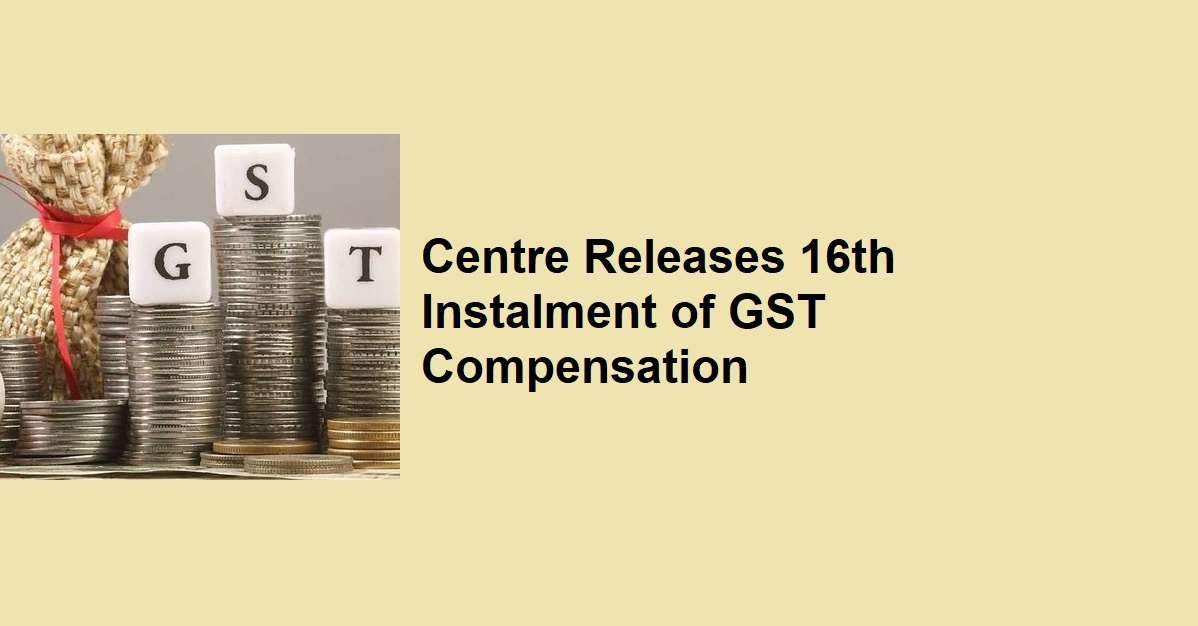 The Ministry of Finance has released the 16th weekly instalment of Rs 5,000 crore to the States to meet the GST compensation shortfall. The amount has been borrowed this week at an interest rate of 4.6480 percent.

So far, an amount of Rs 95,000 crore has been borrowed by the Central Government through the special borrowing window at an average interest rate of 4.7831 percent.

Till now, 86 percent of the total estimated GST compensation shortfall has been released to the States & UTs.

GST Registration To Be Suspended for ‘Mismatch’ in Sales Return