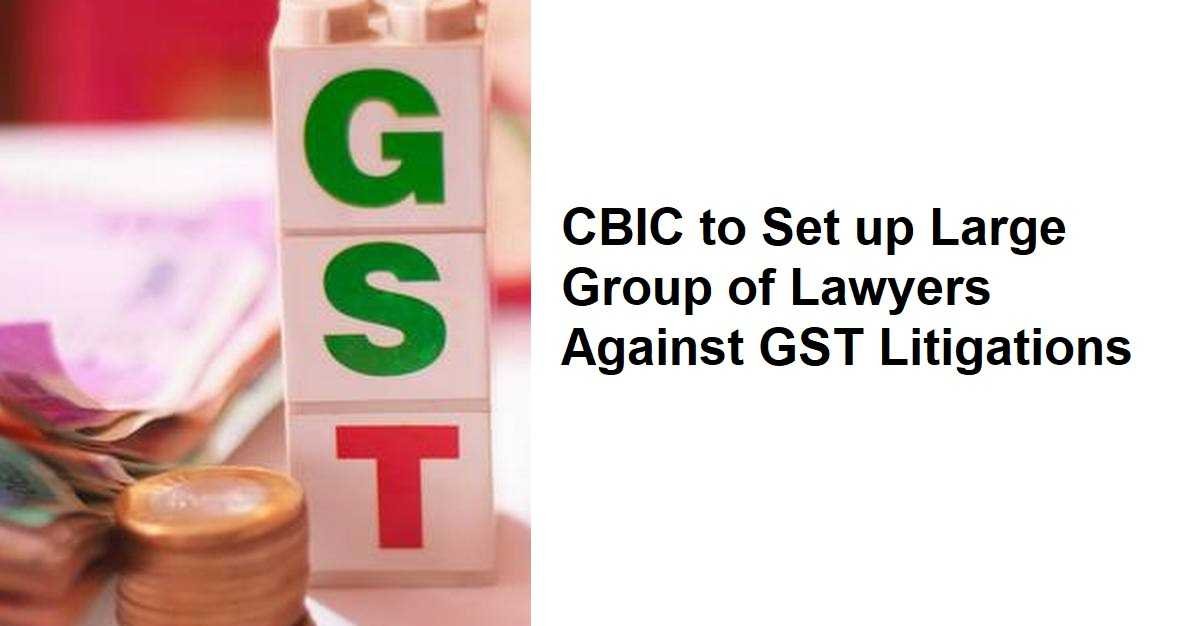 Central Board of Indirect Taxes & Custom CBIC is gearing up to put in place a large battery of lawyers to fight the increasing number of litigations, related to Goods & Services Tax (GST).

As CBIC is facing a new challenge, apart from collecting more taxes and prompting people to comply with the tax law, the increasing number of litigations, especially related to GST.

“It has been deliberated that an increasing number of petitions related to GST and other taxation as well as policy matters are being filed before High Courts. Further, there is a growing trend of approaching High Courts directly, sometimes even against issue of summons, thereby bypassing the statutory appellate mechanism,” CBIC said in a communication to Principal Chief Commissioners, Chief Commissioners, Principal Director Generals and Director Generals.

Further, it was mentioned that, for proper representation and defence, it was deliberated that the Department of Revenue should have a larger pool of resources in terms of a greater number of Counsels to appear in High Courts.

All the officials have been urged to recommend “more Senior and Junior Counsels for handling cases of indirect taxation pertaining before High Courts and other fora.”