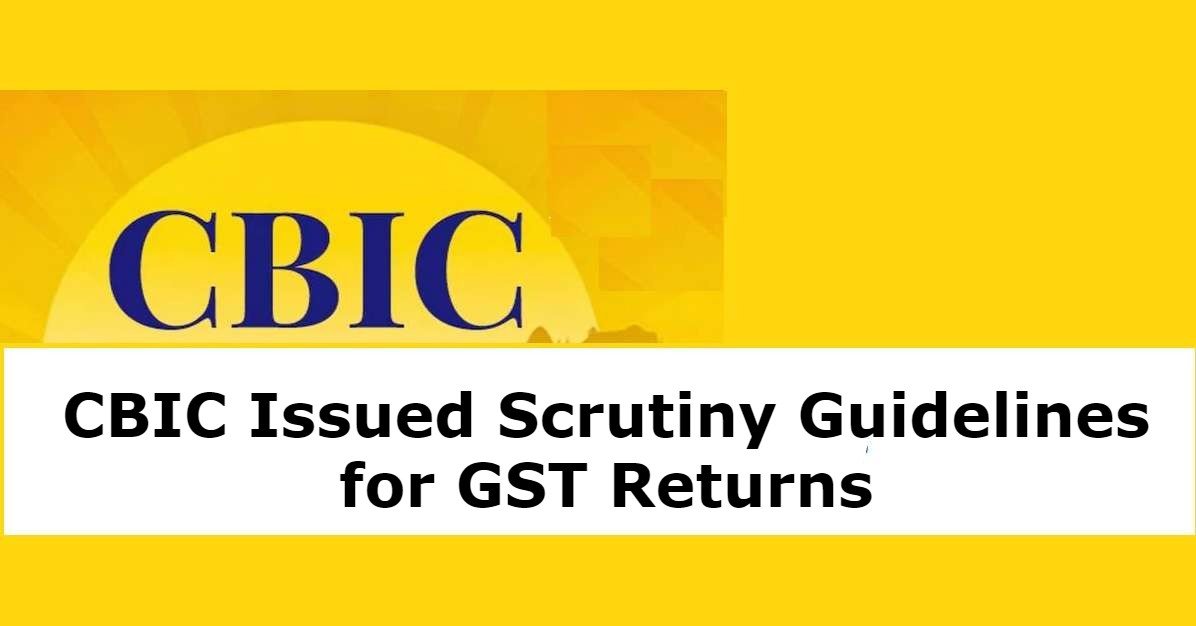 The Central Board of Indirect Taxes & Customs (CBIC) has issued scrutiny guidelines for GST, for the first two years of the new indirect tax regime.

It has shared an indicative list of parameters, which suggested that there was special emphasis on entities claiming input tax credit (ITC) from certain segments, along with those where tax collected at source, such as for ecommerce.

The government is looking at scrutiny and tighter audit norms to ramp up revenue generation from GST, along with a revamp of the rate structure for which ministerial panels are at work.

Accordingly, the standard operating procedure issued to field officers on 22nd March, 2022, said that the Directorate General of Analytics and Risk Management has been assigned the task to select the GSTINs registered with central tax authorities, whose returns will be picked up for scrutiny. The GST numbers will then be shared with the officers of the zone, with strict timelines given to complete the process.

While undertaking scrutiny, officers have been asked to look at data available on the department’s systems and keep the interface with the taxpayer to the minimal level. Officers have been advised not to seek documents till the process is complete. In case of discrepancies, a notice is to be issued, seeking explanation, with the amount due and interest on it to be mentioned.