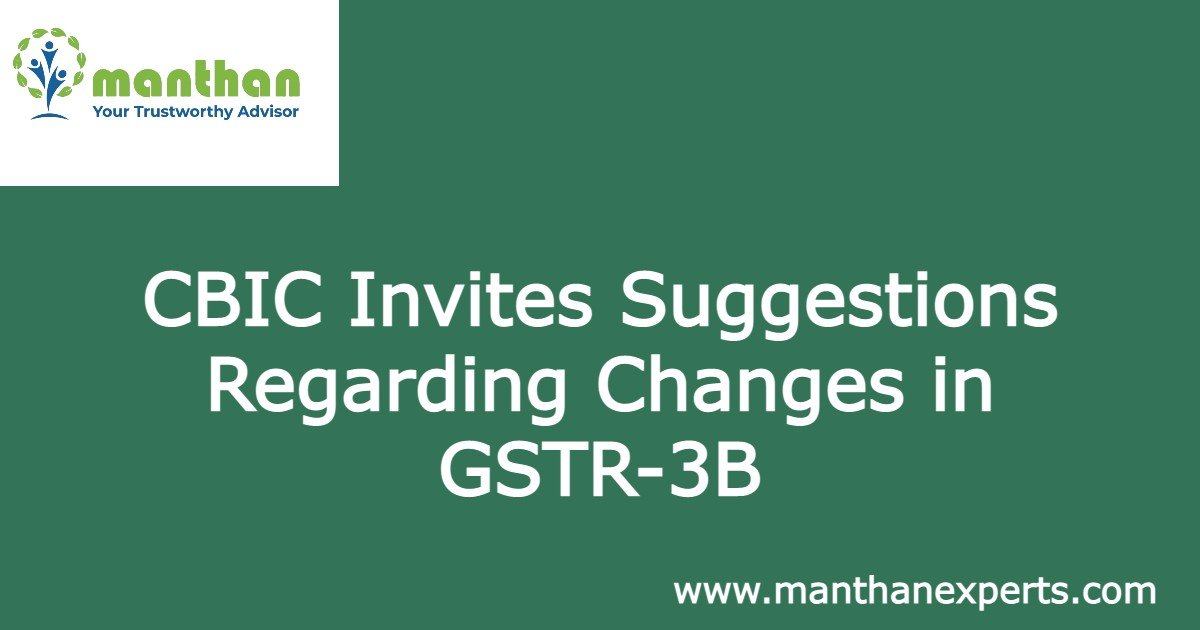 The Central Board of Indirect Taxes and Customs (CBIC) has released a Concept Paper regarding comprehensive changes proposed in the form GSTR-3B and has invited comments and suggestions from the stakeholders.

A proposal of changes was decided at the GST Council’s 47th meeting. The Council recommended that the said proposal may be placed in public domain for seeking inputs and suggestions of the stakeholders.

“Accordingly, the general public and the trade at large are hereby informed that a detailed Concept Paper on comprehensive changes in FORM GSTR-3B is enclosed. All members of the trade/ stakeholders are requested to kindly furnish their views/comments/suggestions on the Concept Paper latest by 15th September 2022 at gstpolicywing-cbic@gov.in so as to facilitate finalization of the matter,” the CBIC stated in a statement.