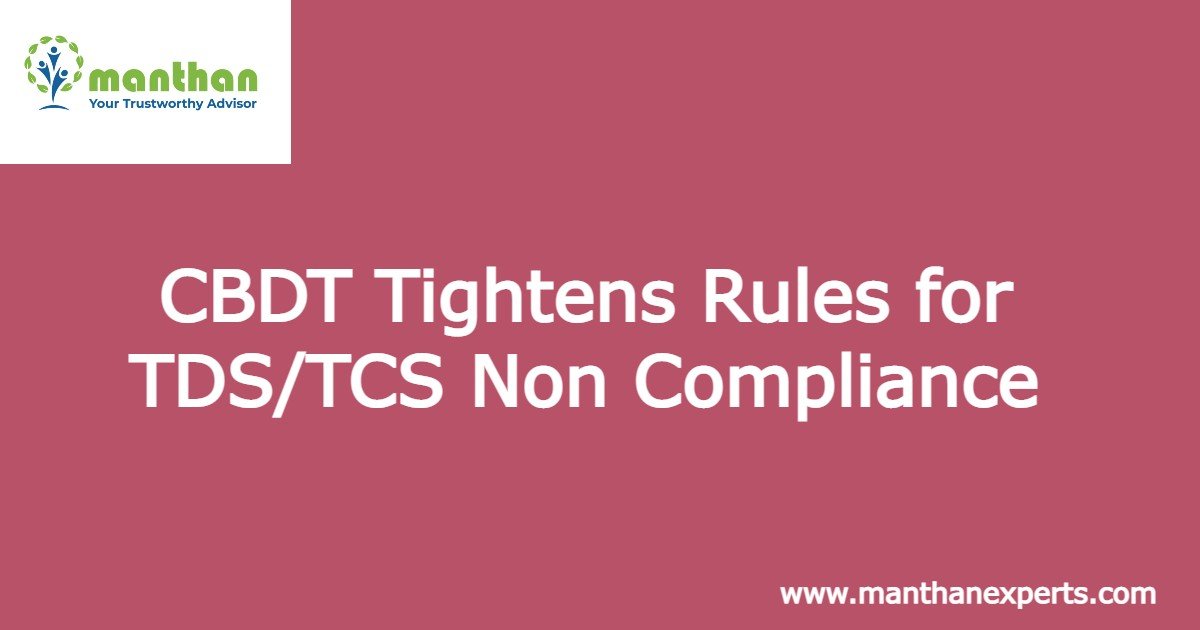 The Central Board of Direct Taxes (CBDT) has issued a circular in order to ease compliance for tax deductors/collectors.

It has inserted two new sections 206AB and 206CCA in the Income-tax Act 1961 which took effect from 1st July, 2021. According to which tax deduction (section 206AB) or tax collection (section 206CCA) has been mandated at higher rate in case of certain non-filers (specified persons) with respect to tax deductions (other than under sections 192, 192A, 194B, 194BB, 194LBC and 194N) and tax collections.

As per the circular, now a person can become a specified person for default in one year instead of the earlier provision of default in two years. “The deductor or the collector may check the PAN in the functionality at the beginning of the financial year and then he is not required to check the PAN of a non-specified person during that financial year.

Further, the circular stated that as per the provisos of Section 206AB and 206CCA, the specified person shall not include a non-resident who does not have a permanent establishment (PE) in India.

Wholesale Price Index Based Inflation at 15.08% in April