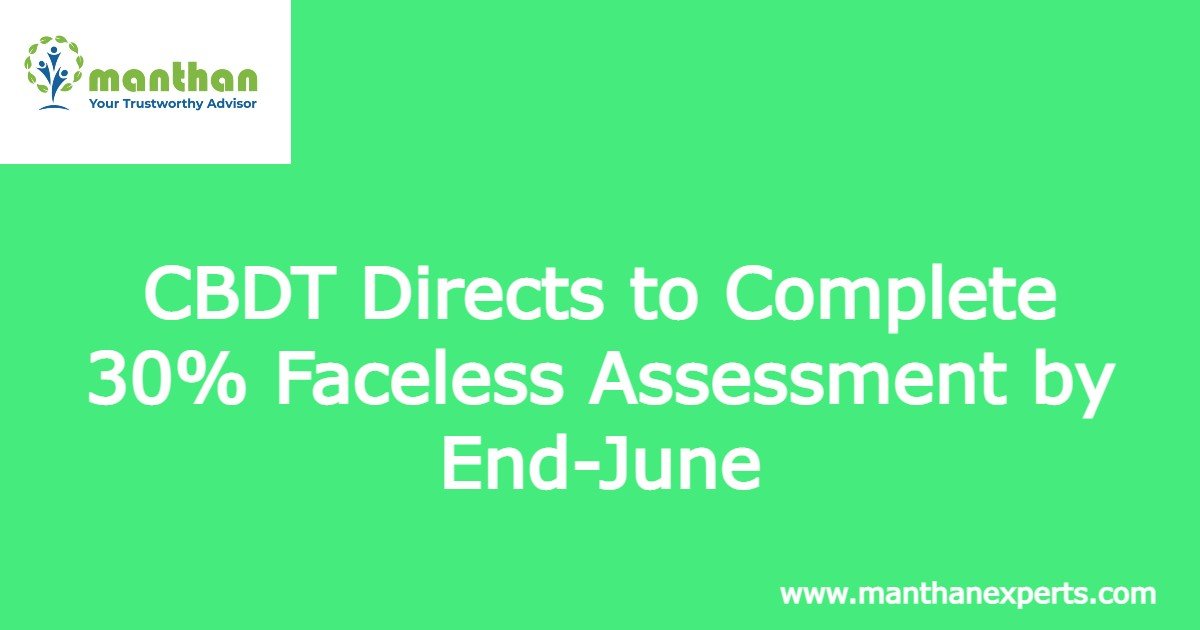 The Central Board of Direct Taxes (CBDT) has directed the faceless assessment units to make provisions for completion of assessments in a systematic and time-bound manner. It has also directed tax officials to keep reassessments, penalty proceedings, and refund matters on ‘priority’ in the first half of the current fiscal year (2022-23).

The CBDT’s recent directive is in line with certain modifications to the I-T business application expected to be functional from end-May, said a tax official. These are technical changes that will enable the system to address discrepancies arising out of conducting assessments, particularly regional ones. Even as the new regime aimed at quicker resolution, many are still facing delays and inconvenience.

It said at least 30 per cent of the faceless assessments and penalty proceedings should be disposed of by end-June. The time limit for their completion expires on 30th September. It had also set a 15th May deadline for sharing information sought by law enforcement agencies, particularly the Central Bureau of Investigation, Enforcement Directorate, Financial Intelligence Unit-India, and the Serious Fraud Investigation Office.

At present, international taxation, central charges (dealing with searches, black money, information sharing), and tax deducted at source (TDS)-related matters are outside the purview of the faceless scheme.