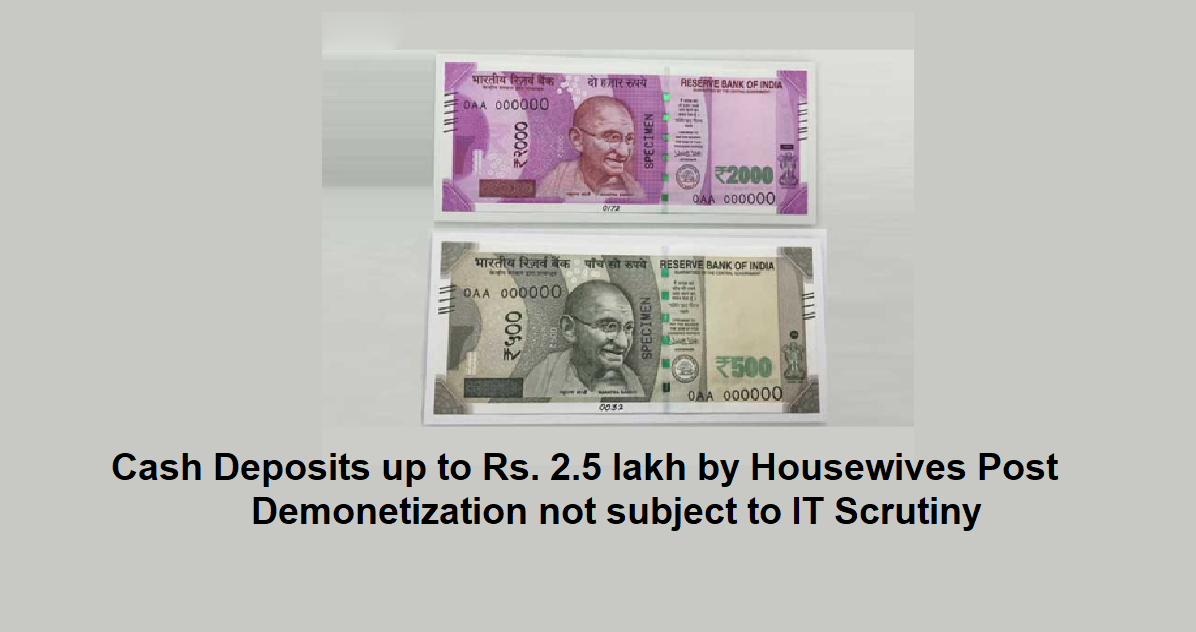 Cash deposits of up to Rs 2.5 lakh by housewives post demonetization will not come under I-T scrutiny as the Income Tax Appellate Tribunal (ITAT) has held that such deposits cannot be treated as income of the assessee.

Ruling on an appeal filed by an individual, the Agra bench of ITAT said the order would act as a precedent for all similar cases. The appellant, a housewife Uma Agrawal of Gwalior, had declared total income of Rs 1,30,810 in her income tax return filed for fiscal 2016-17. However, post-demonetization, the assessee deposited Rs 2,11,500 cash in her bank account. The case was selected for scrutiny assessment, during which the assessee was asked to explain the cash deposit of over Rs 2.11 lakh. The assessee had explained that she had collected/saved the above sum from her previous saving, given by her husband, son and relatives for herself and her family.

The CIT (Appeals) did not accept the explanation and confirmed the Assessing officer’s order treating the cash deposit of Rs 2,11,500 as unexplained money. Following this, the appellant approached the ITAT.

The Tribunal, after going through all the facts and arguments, said “we are of the opinion that the amount deposited by the assessee during the demonetization cannot be treated as income of the assessee. Hence the appeal of the assessee is allowed.” Observing that housewife’s contribution in the family is “immeasurable”.