As COVID restrictions are reduced, the investigating wing of the Income-tax department has summoned several individuals in the last one month for depositing large amounts of cash with banks immediately after demonetisation was announced on November 8, 2016. 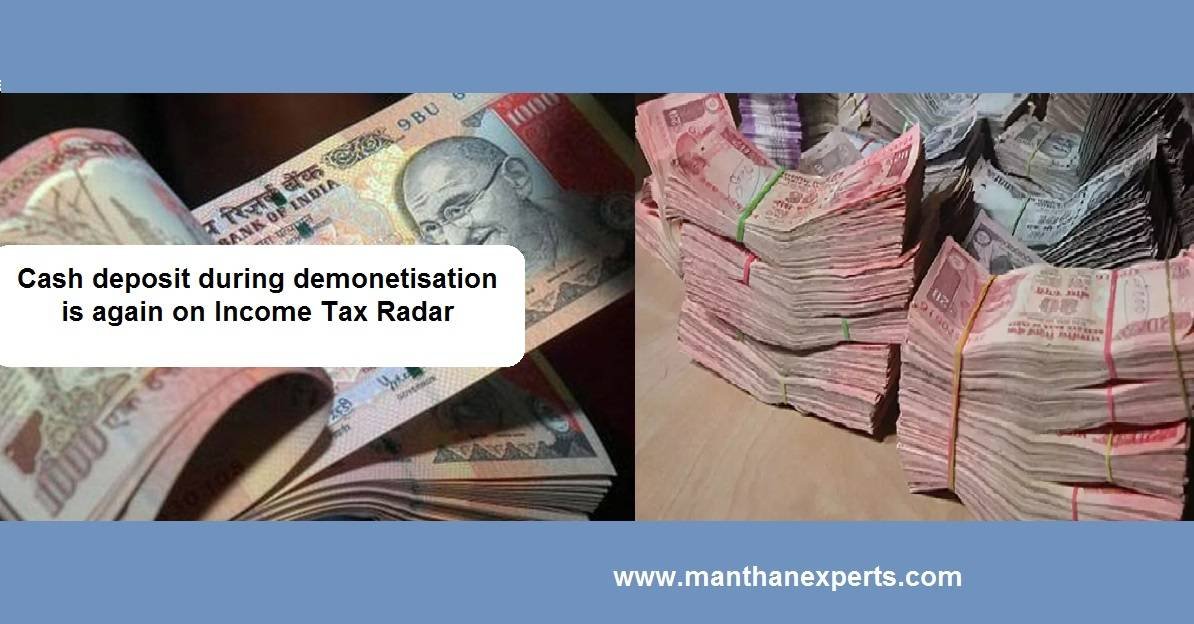 Cash deposited during demonetisation, Tax assessments for 2016-17 were completed by December 31, 2019, when it became time-barred. But in cases where tax returns were not picked up for scrutiny, or where new evidence has emerged, the persons concerned are being told to produce documents to show the source of cash that was held in banned Rs 500 and Rs 1,000 bills. Recent notices are based on suspicious transaction reports (STRs) received by the department from banks and financial intermediaries.

The tax department can invoke the provisions of reassessment under Section 148 of the I-T Act within a period of 6 years if they have information which could lead to a belief that income chargeable to tax has escaped assessment.

While physical notices were issued in cases related to cash deposits following the note ban, future notices would largely be through the I-T business application (ITBA) portal, keeping in view the Covid-19 situation.

Confirming the notices pertaining to the demonetisation cash deposits, an I-T official said, “If these assesses are unable to give satisfactory explanation on the sources of cash, they will have to file revised returns and pay tax with interest.” The last date for issuance of such re-opening notices (for FY 2016-17) is March 31, 2023.