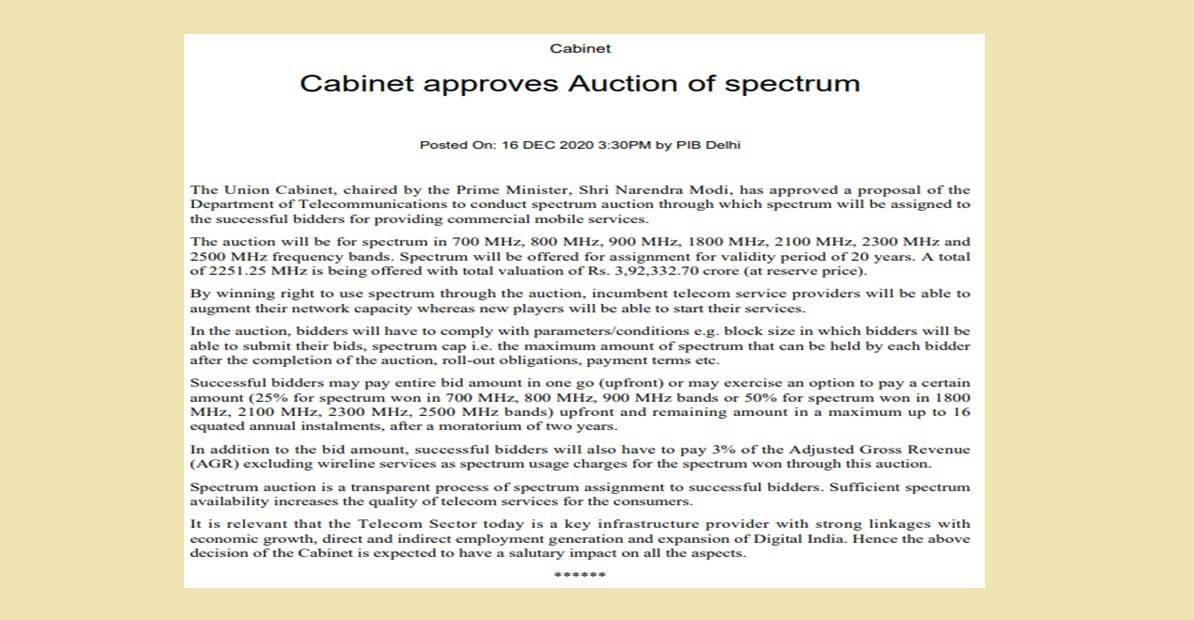 The Government has approved a proposal of the Department of Telecommunications (DoT) to conduct spectrum auction through which spectrum will be assigned to the successful bidders for providing commercial mobile services.

Proposal for the auction of 2,251.25 megahertz of spectrum worth Rs 3.92 lakh crore at the base price has been approved.

However, the government, has decided not to auction frequencies in 3,300-3,600 Mhz bands that were identified for 5G services.

The telecom ministry plans to issue a notice to invite bids in December and hold the spectrum auction by March, telecom minister Ravi Shankar Prasad said.