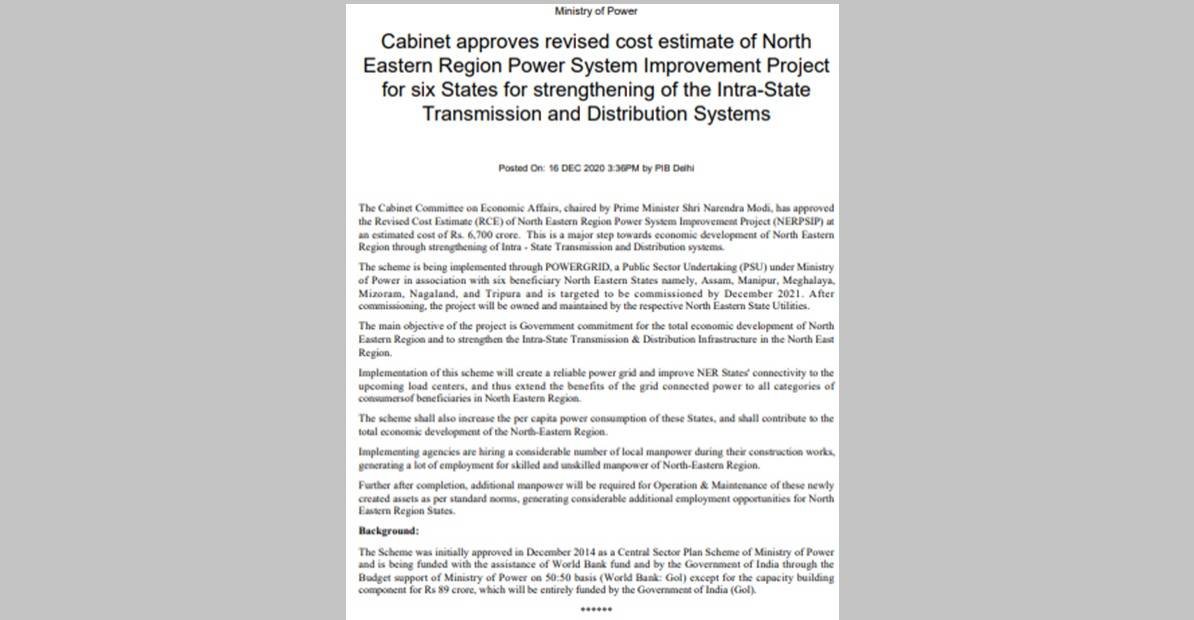 The scheme is being implemented through POWERGRID, a Public Sector Undertaking (PSU) under Ministry of Power in association with six beneficiary North Eastern States namely, Assam, Manipur, Meghalaya, Mizoram, Nagaland, and Tripura and is targeted to be commissioned by December 2021.

The main objective of the project is Government commitment for the total economic development of North Eastern Region and to strengthen the Intra-State Transmission & Distribution Infrastructure in the North East Region.