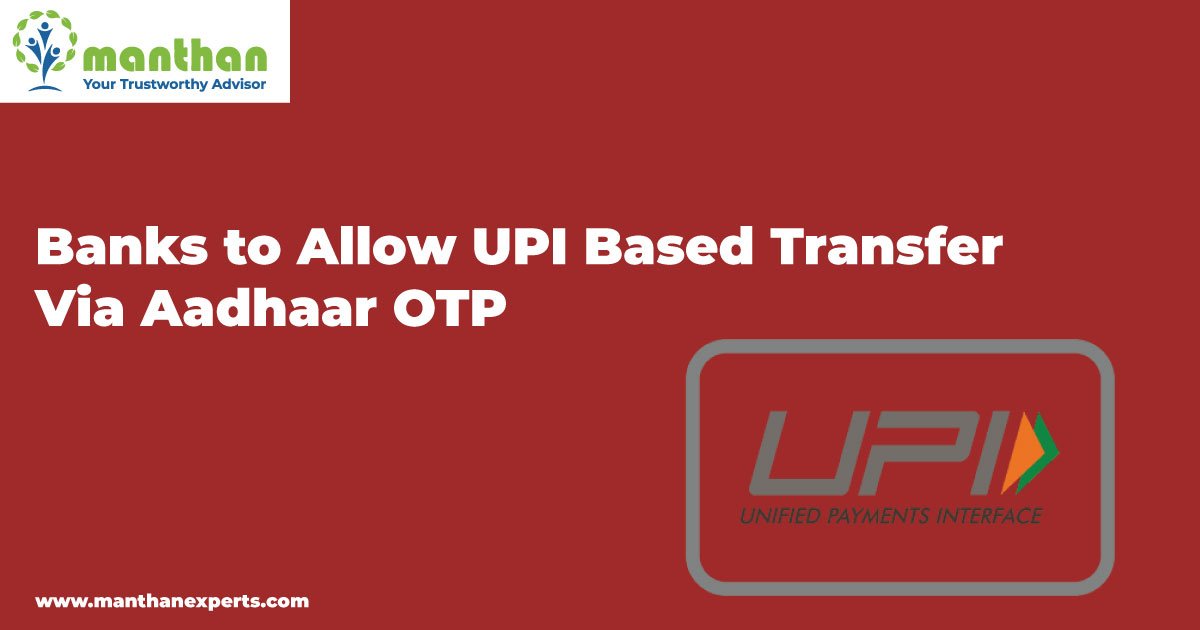 Banks will soon allow account holders an option to activate the Unified Payments Interface (UPI) service using Aadhaar and OTP instead of a debit card, as reported by Times of India (ToI).

The National Payments Corporation of India (NPCI) first introduced this feature in September 2021. NPCI had initially asked banks to comply by 15th December, 2021, later on, the timeline was extended to 15th March, 2022.

Further, as per the ToI report, customers who do not have a debit card or whose debit card has not been activated will be able to use UPI with this new feature. “This was made possible by connecting NPCI to the Unique Identification Authority of India on behalf of the customer’s bank. While NPCI had enabled this feature, it was up to the banks to extend the same to their customers.”

However, most bank applications currently demand customers to authenticate themselves with their debit card. This means that only individuals who have access to digital banking can use the UPI feature. This would be possible only if the UPI application is used on the same mobile which has the Aadhaar-registered mobile number and is registered with the bank.