An estimated 6.6 million white-collar professionals, such as Engineers, Physicians, Teachers, and Accountants, etc. 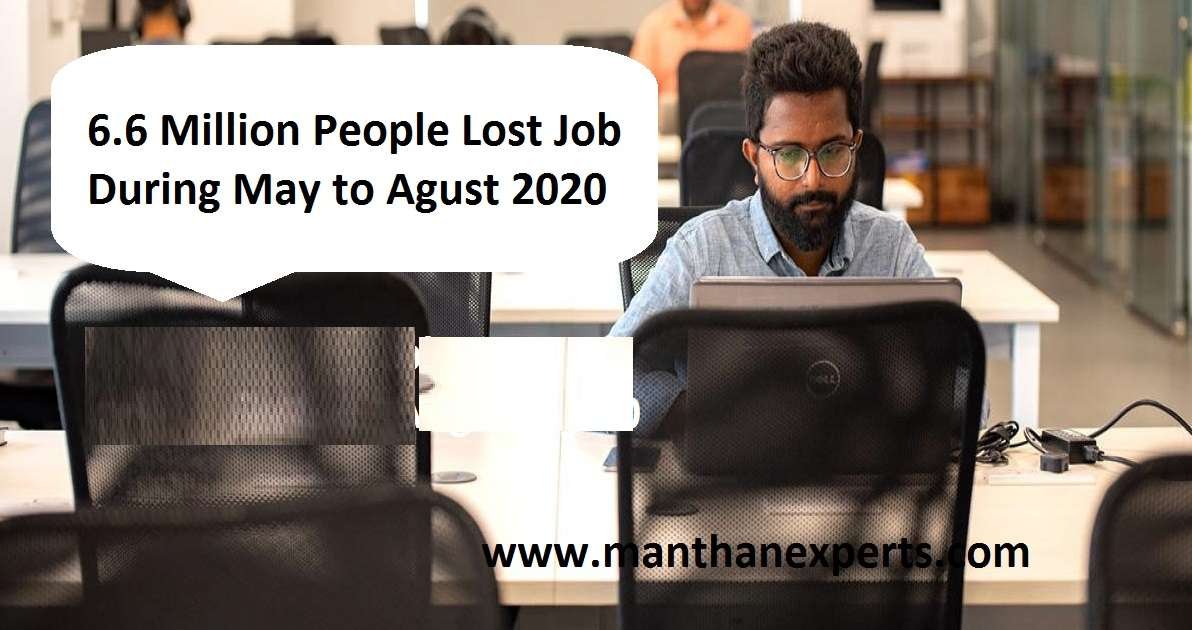 6.6 Million People Lost Job, Who are professionally qualified and employed somewhere have lost their jobs between May and August. Self-employed professionals not Included in this.

CMIE’s Consumer Pyramids Household Survey released every four months. Its number shows the biggest loss of jobs among salaried employees during May and August. This mainly includes white-collar professionals.

From a peak of 18.8 million white-collar workers employed in the country during May-August 2019, their employment fell down to 12.2 million in the May-August 2020.

This the lowest employment of these professionals since 2016. During the lockdown, the gains made over the last four years also washed out. According to CMIE, the next biggest loss was among industrial workers. Around five million industrial workers were out of work during the period.

This translates into a 26% fall in employment among industrial workers over a year.

Possibly their work shifted to work from home mode.

Is India on the path Economic Recession?