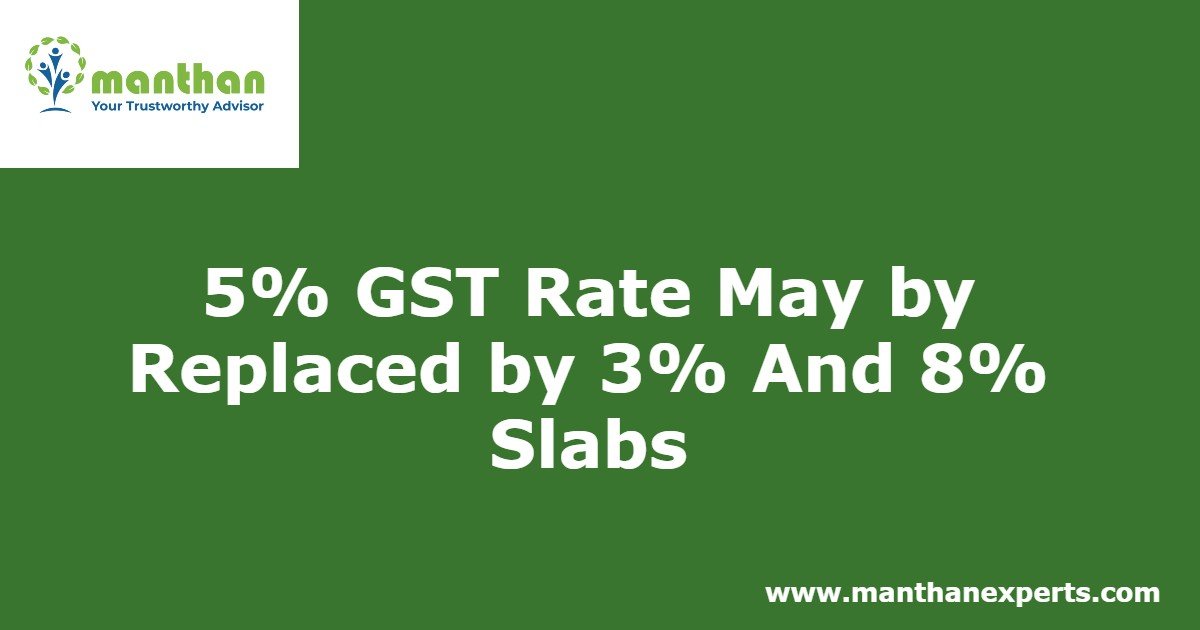 The GST Council at its meeting next month is likely to consider a proposal to remove 5 per cent slab by moving some goods of mass consumption to 3 per cent and the remaining to 8 per cent categories, sources said.

In addition, there is an exempt list of items like unbranded and unpacked food items which do not attract the levy. In order to augment revenue, the Council may decide to prune the list of exempt items by moving some of the non-food items to 3 per cent slab, source added.

As per calculations, every 1 per cent increase in the 5 per cent slab, which mainly includes packaged food items, would roughly yield an additional revenue of Rs 50,000 crore annually. Whereas, various options are under consideration, the Council is likely to settle for an 8 per cent GST for most items that currently attract 5 per cent levy.

According to the source, discussions are on to raise the 5 per cent slab to either 7 or 8 or 9 per cent, a final call will be taken by the GST Council which comprises finance ministers of both Centre and states. The group of ministers is likely to finalize its recommendations by early next month, which will be placed before the Council in its next meeting, likely by mid-May, for a final decision.