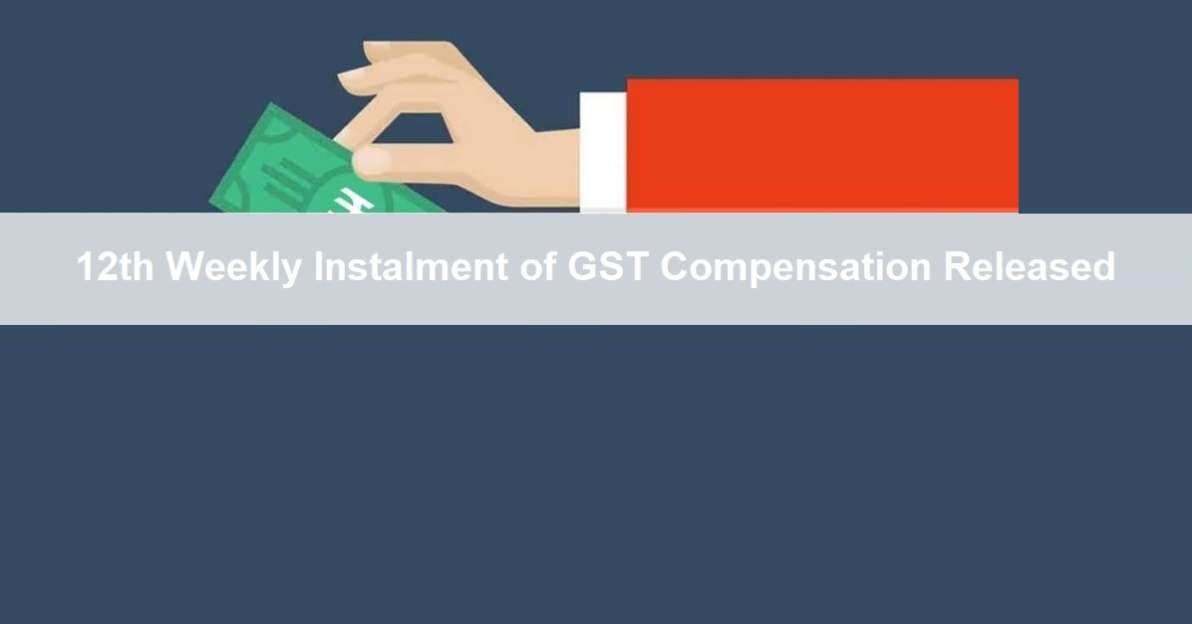 The Ministry of Finance, has released the 12th weekly instalment of Rs. 6,000 crore loan to the States to meet the GST compensation shortfall.

The government has borrowed this amount at an interest rate of 4.4315 percent on behalf of the States and UTs through a special borrowing window to meet the estimated shortfall of Rs.1.10 lakh crore.

So far, a total amount of Rs. 72,000 crore has been released to all States and UTs with legislation.

CBIC to Set up Large Group of Lawyers Against GST Litigations